Rajinikanth to be honoured with Dadasaheb Phalke award 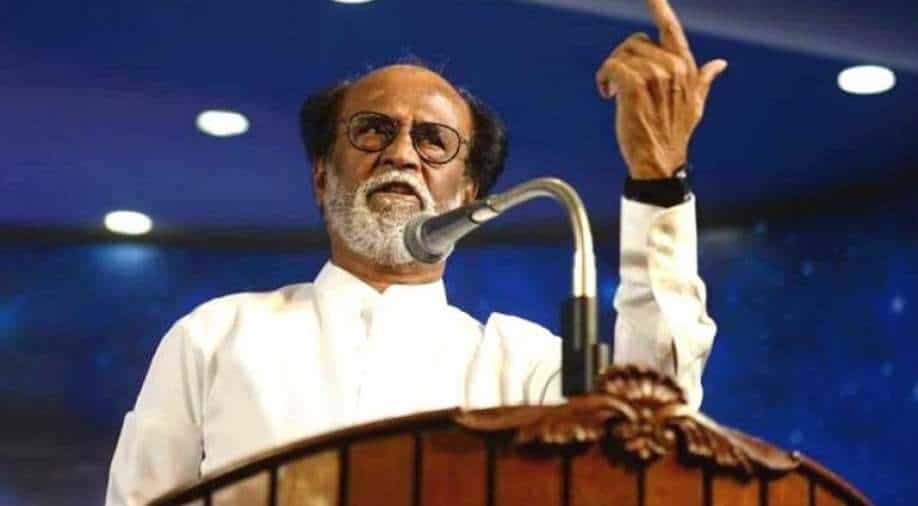 Tamil superstar Rajinikanth is this year's recipient of the prestigious Dadasaheb Phalke award.

Tamil superstar Rajinikanth is this year's recipient of the prestigious Dadasaheb Phalke award. The award is considered India's highest honour in the world of cinema.
Union minister Prakash Javadekar announced the news of Twitter on Thursday morning.

"Happy to announce this years #Dadasaheb Phalke award to one of the greatest actors in the history of Indian cinema Rajnikant ji. His contribution as actor, producer & screenwriter has been iconic. I thank Jury @ashabhosle, @SubhashGhai1, @Mohanlal, @Shankar_Live,  #BiswajeetChatterjee"

His contribution as actor, producer and screenwriter has been iconic

Rajinikanth is the 51st recipient of the award. Earlier recipients include cinema stalwarts like V Shantaram, Sivaji Ganesan, Yash Chopra, Dev Anand, Soumitra Chatterjee and Amitabh Bachchan among others.

The 70-year-old star has had a career spanning over four decades and is considered the superstar in Tamil Cinema. He has delivered numerous memorable hits like 'Arunachalam', 'Enthiran', 'Chandramukhi' and 'Sivaji' among others. The actor has also worked in Bollywood films like 'Chaalbaaz', 'Andha Kanoon' and 'Meri Adalat' to name a few.