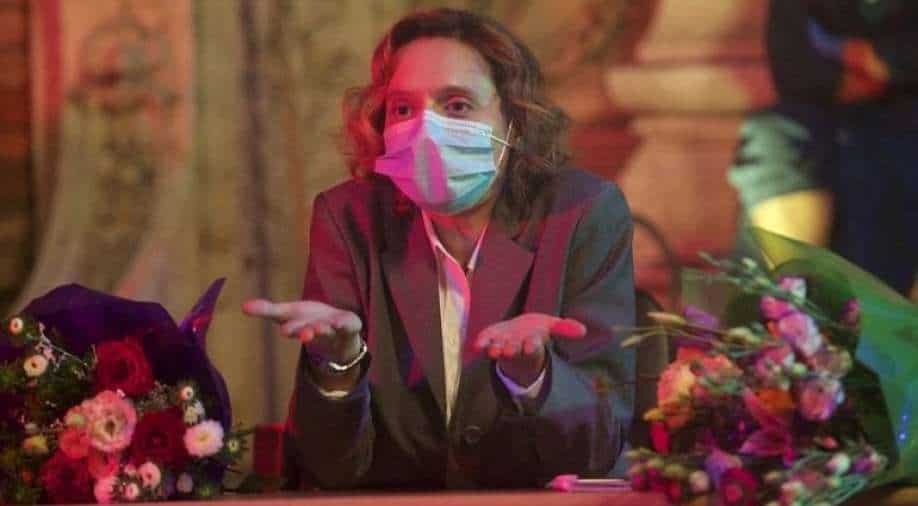 Other prizewinners at this year`s online Berlinale included German actress Maren Eggert, who played a woman resisting a perfect android`s charms in 'I`m Your Man'.

Judges hailed the film, starring Katia Pascariu as the teacher whose private sex tape is leaked, triggering a witch hunt by parents of the children at her school, as a "lasting artwork" that "attacked" the viewer.

"It captures on screen the very content and essence, the mind and body, the values and raw flesh of our present moment in time," Israeli director and jury member Nadav Lapid said announcing the award.

Other prizewinners at this year`s online Berlinale included German actress Maren Eggert, who played a woman resisting a perfect android`s charms in 'I`m Your Man' and Hungary`s Denes Nagy, awarded the best director for the war movie "Natural Light".

"I wanted to show as much as possible the values of the community through the tissues of the city," Jude told an online news conference - a chaotic 1920s cityscape by German expressionist painter Nikolaus Braun as his background image.
"How the buildings are, the culture of parking - all these things say a lot about the values," he added.

Shot in the midst of the coronavirus pandemic, the film shows almost every character wearing a mask, but the viewer has left with the sense that the poison people inject into their own environment is as destructive as any virus.

The film culminates in a grotesque tribunal composed of the middle-class parents of pupils at the elite school where Pascariu teaches. Paragons of virtue, they carefully scrutinise her sex tape before passing judgment.

Producer Ada Solomon acknowledged the film would have to be censored for its most explicit scenes for wider distribution, but questioned the values that made this necessary. "Violence is accepted, nudity not," she said. "I wonder why that is?"

Festival organisers hope to show this year`s films in cinemas at a live follow-up event in June, pandemic permitting.