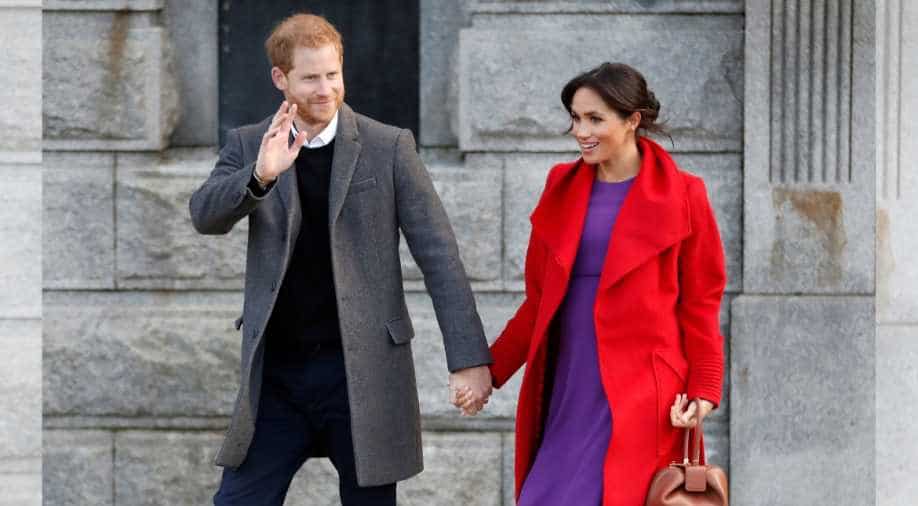 The couple were given a brief tour of the museum by staff who offered explanations of key exhibits.

It was a night at London's Natural History Museum for Prince Harry and his wife Meghan as they led guests in the gala performance of 'The Wider Earth' on February 12.

The play, by David Norton, is a story about 22-year-old Charles Darwin who embarked on a daring voyage to the far side of the world on board HMS Beagle.

It features actors and puppets and is set to run until February 24.

The couple were given a brief tour of the museum by staff who offered explanations of key exhibits, before shaking hands with guests before the play started.

The royal couple, whose official title is the Duke and Duchess of Sussex, are expecting their first child in the spring.