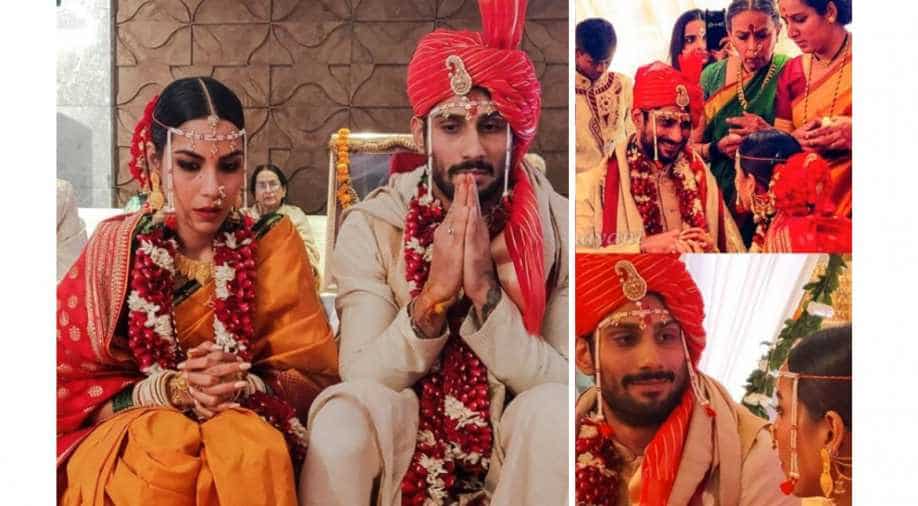 They will host a wedding reception party for Bollywood colleagues in Mumbai on January 25.

Actor Prateik Babbar married his longtime girlfriend Sanya Sagar in a traditional Maharashtrian ceremony on Thursday. The wedding was a private ceremony with only close family members in attendance.

It was followed by a small reception party this afternoon. They will reportedly host a wedding reception for Bollywood colleagues in Mumbai on January 25.

Meanwhile, the couple’s pre-wedding functions took place on Wednesday as the two were spotted with haldi and mehendi. The functions happened at Sagar’s residence in Lucknow.

The couple has known each other for over a decade but started dating in early 2017. In an earlier interaction with Mumbai Mirror, Prateik announced the engagement and said, "Sanya's the best partner I could have asked for. It didn't take me long to figure out that she was the one for me. I know it sounds cliched, but I can't stop counting my blessings and thanking God for all the good that is happening in my life."

For those interested in knowing the couple’s attire for their big day, Sanya wore a traditional yellow nauvari sari and accessorised her look with heavy gold jewellery and bangles. Prateik sported a classic off-white kurta pyjama and teamed it up with a similar coloured stole, draped around his shoulders.

On the work front, Babbar had three releases ‘Baaghi 2’, ‘Mulk’ and ‘Mitron’ in 2018. This year he has Nitesh Tiwari's ‘Chhichhore’, starring Sushant Singh Rajput and Shraddha Kapoor.