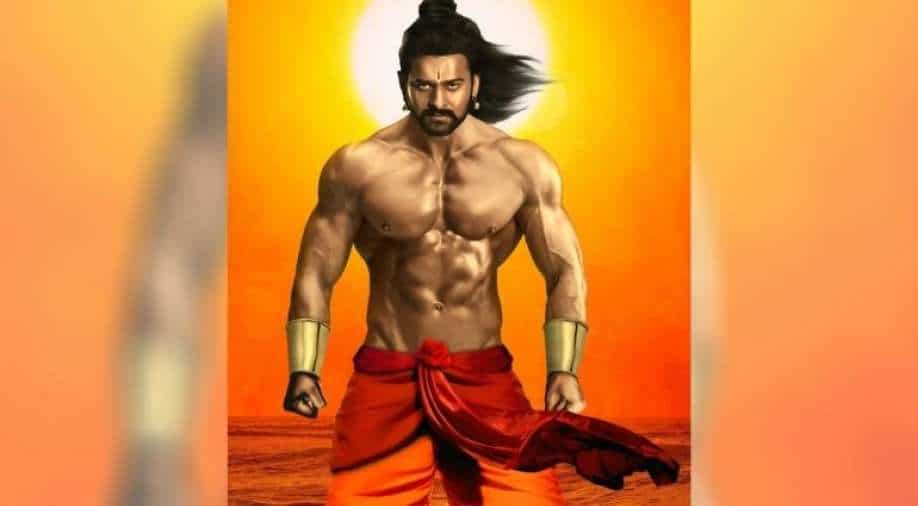 The movie's pre-production has started and will go on the floor in 2021. It will be released on big-screens in 2022.

Prabhas upcoming movie 'Adipurush' is undoubtedly one of the most awaited movies among the fans. Om Raut's directorial, which is touted to be an epic drama, will see 'Baahubali' actor as Lord Rama.

Recently a fan-made poster, which features Prabhas in an intense avatar of Lord Rama has gone viral on social media. The work was so good, that even Raut can't stop himself to share it and applauded the stunning work done by the fan.

By sharing on his Twitter account and wrote, "This is stunning. More power to you @PrabhasCentral .#Adipurush #Prabhas."

This is stunning. More power to you @PrabhasCentral.#Adipurush #Prabhas https://t.co/8Gqzy5cQBO

As per the reports, the mythological saga will be one of the biggest Indian films ever made. Earlier, filmmaker Om Raut has spoken about the film and said, ''I love making it look grand and visually stunning. Plus, Prabhas is the biggest superstar we have in entire India right now. So when we told him about the film, he was very happy and interested. I couldn't have asked for a better hero.''

'Adipurush' will be a screen adaptation of the Hindu epic 'Ramayana'. The pan-India project will be shot in Hindi and Telugu simultaneously. The film also stars Bollywood actor Saif Ali Khan, as the mastermind antagonist, Lankesh.

The movie's pre-production has started and will go on the floor in 2021 and will hit the big-screens in 2022.