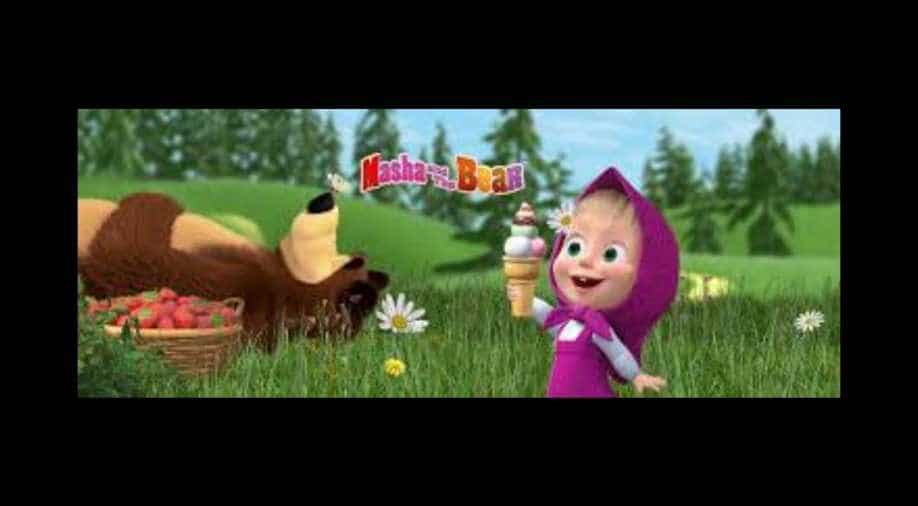 File photo of the animation Masha and The Bear Photograph:( Facebook )

Cinemas will show the latest episodes of the third season of the well-known Russian cartoon produced by Animaccord.

Russia-made super hit cartoon 'Masha and The Bear' is going to enter the big screens of cinemas across the UK marking its 10th anniversary.

Cinemas will show the latest episodes of the third season of the well-known Russian cartoon produced by Animaccord.

'Masha and the Bear' has been recently translated into 36 languages and broadcast in over 100 countries by digital platforms such as Netflix, NBCUniversal, Sony Pictures Television and more.

The CEO of Animaccord, Alexander Goncharov, said that apart from the post-Soviet states, the cartoon is especially popular in Italy, France, Brazil, Mexico and countries in the Middle East and South-East Asia. Goncharov added that they will focus on Chinese and Japanese markets in the following years.

Animaccord is a pioneer-company in Russia in terms of such multi-continental partnership, said Goncharov. The CEO also expects a successful premiere of 'Masha and The Bear' on UK's big screens, saying that British TV channels have already actively broadcast 'Masha and the Bear'.

Natalia Malgina, one of four directors of the cartoon, said the series shows interaction between adults and children in the form which is easy to understand by everyone regardless of culture. In her opinion, it is key to the cartoon's success.

'Masha and the Bear' is listed as 'the most viewed family cartoon' on Youtube in the Guinness World Record's Book in 2019. Over four billion viewers have already watched the episode 'Recipe for Disaster'.