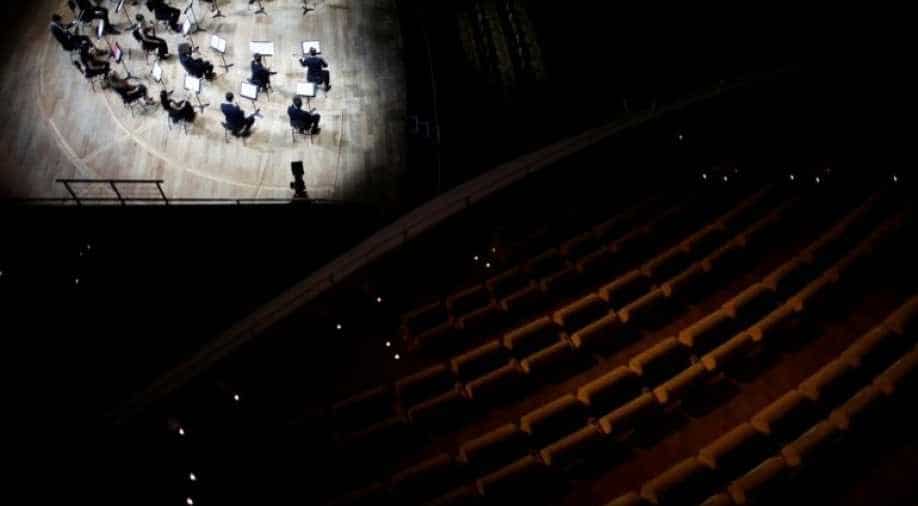 The audience was virtual: people watching and listening at home via a live stream on the concert hall's website.

Renaud Capuçon, a French concert violinist accustomed to playing to rooms of 2,000 people and more, performed on Thursday evening to an empty auditorium, but he said the experience was none the worse for it.

"It's like a return to life," he said of the performance, his first at the Philharmonie de Paris concert hall since the COVID-19 outbreak forced the cancellation of all concerts back in March.

"We`re all very happy to ... play again after the long period when everything was closed. It's a real rebirth."
Capuçon and his 23-person string orchestra on Thursday evening performed 'Metamorphosen,' a piece by German composer Richard Strauss.

The auditorium, which can seat up to 2,400 people, was empty, apart from one or two staff members wearing surgical masks - complying with a French government ban on mass gatherings still in force even as some other restrictions have been eased.

The members of the orchestra themselves were not required to wear masks but had to stay seated at least 1 meter (1.09 yards)away from each other on the concert hall stage.

The audience was virtual people watching and listening at home via a live stream on the concert hall's website.

Capuçon said that the previous times he had played the Strauss piece, a mournful composition that ends on a sombre note, he always felt it would be appropriate if there were no applause.

The COVID-19 outbreak now means that the ending of the performance is met with silence. "It suits perfectly," said the musician.