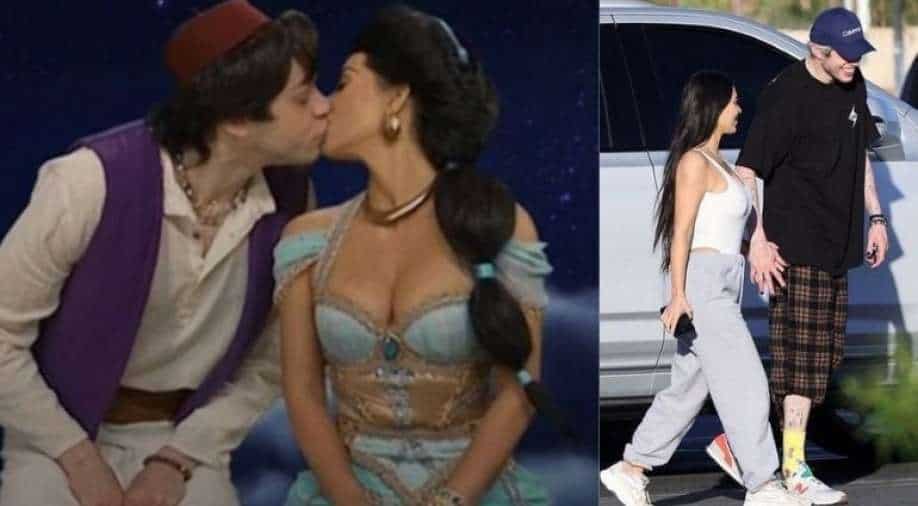 Months after they started dating, 'Saturday Night Live' star Pete Davidson publicly referred to Kim Kardashian as his 'girlfriend' for the first time.

Months after they started dating, 'Saturday Night Live' star Pete Davidson publicly referred to Kim Kardashian as his 'girlfriend' for the first time.

On Monday, during an interview with People, Davidson discussed how his heightened fame had led to a more "fun" lifestyle. The 28-year-old comedian said that most of his days consist of him "showing up to a set" or hanging with friends or his "girlfriend."

"Or, if I`m off, I just either hang with my friends or chill with my girlfriend inside. So I don't do much," Davidson said referring to Kardashian.

This statement marks the first time that he or Kardashian have publicly addressed the status of their relationship. The pair first sparked romance rumours in October 2021, when they were seen holding hands while riding a roller coaster at Knott's Scary Farm in Buena Park, California. Since then, the lovebirds have made the most of their romance.

The pair has travelled to the Bahamas, had a pyjama party with Kardashian and her mom Kris Jenner, and most recently had an escape room date with Kardashian's sister Khloe Kardashian.

An insider also told People magazine earlier that Davidson entering Kardashian's life has been a refreshing welcome after her split from rapper Kanye West, with whom she shares four kids: North, Saint, Chicago, and Psalm.

Rajesh Khanna and Amitabh Bachchan's 'Anand' to get a remake