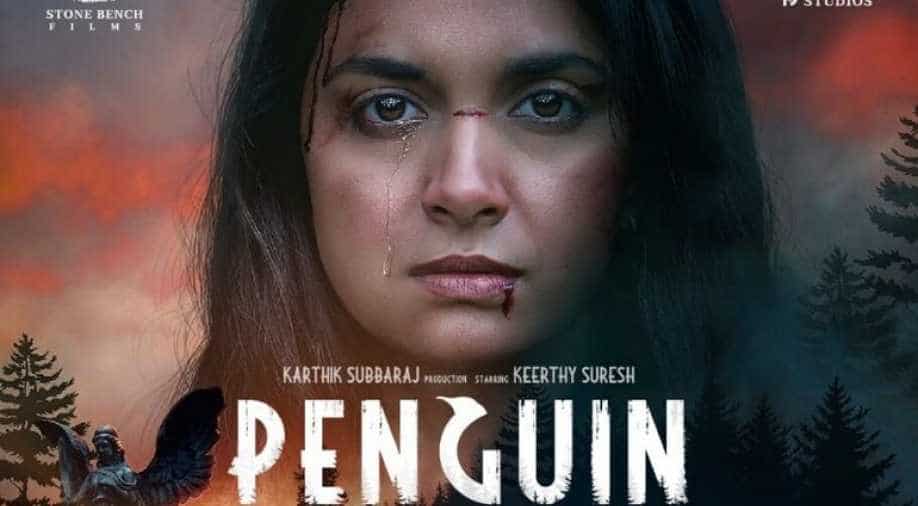 Poster of 'Penguin'. Via Amazon Prime Video Photograph:( Others )

The teaser of Keerthy Suresh starrer 'Penguin' was released on Monday by some of the most popular leading ladies of Indian cinema. Samantha Akkineni, Taapsee Pannu, Trisha and Manju Warrier released the teaser of the film on social media.

The film has been directed by Karthik Subbaraj and will be premiering digitally on Amazon Prime Video on June 19.
The film's has been made in Telugu, Malayalam and Tamil.

From the looks of the teaser, 'Penguin' appearing to be an eerie murder mystery and will have Keerthy Suresh playing a mother.