Paul Dano cast as 'Riddler' in Matt Reeves' 'The Batman' 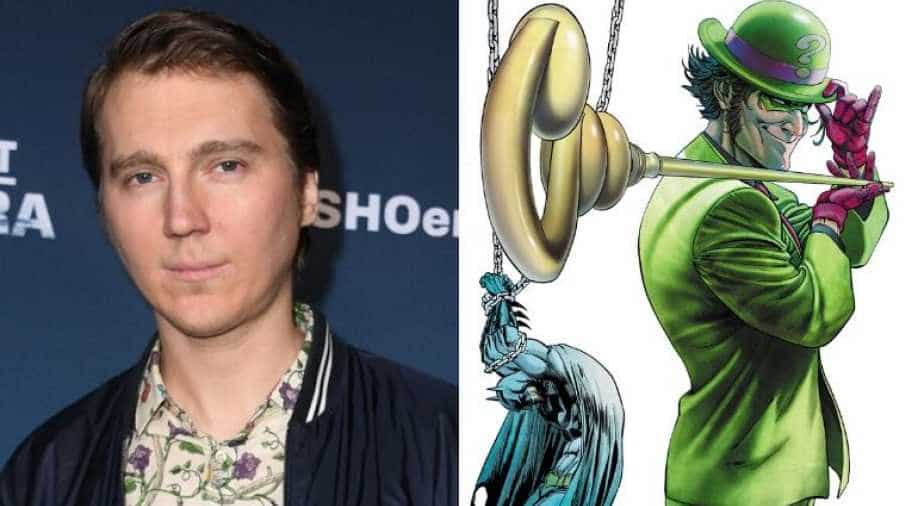 Matt Reeves upcoming directorial 'The Batman' has found its Riddler! American actor Paul Dano has joined the cast of the film as the caped crusader's arch-enemy the Riddler.

The character has been portrayed as a former employee at Wayne Enterprises who idolises Bruce Wayne, before turning bad. Created by Bill Finger and Dick Sprang, The Riddler is a supervillain who aims to challenge Batman, leaving clues and riddles for the world's greatest detective to solve in order to catch him.

Since debuting in 1948's Detective Comics No. 140, he has gone on to become one of the most famous Bat-villains, appearing in movies and cartoons over the years, including spending some years as a good guy when he realized it was just as much fun to solve crimes as it was to commit them.

Frank Gorshin played the villain in the first season of the classic 1960's 'Batman' TV series before John Astin took over the part. While Jim Carrey played him in 1995's 'Batman Forever', which was directed by Joel Schumacher.

Dano is joining actor Zoe Kravitz, who will play Catwoman/Selina Kyle, Jeffrey Wright as Commissioner Gordon of the Gotham City PD and Robert Pattinson as the crimefighter Batman, also known as Bruce Wayne.

Dano was recently nominated for an Emmy for his role in the series 'Escape at Dannemora', and the actor directed, co-wrote and produced the critically acclaimed 2018 film 'Wildlife'.

His other film credits include 'Love and Mercy', 'Prisoners', '12 Years a Slave', 'There Will Be Blood', 'Little Miss Sunshine', 'Youth' and 'Okja', among others.

Earlier, actor Jonah Hill was in talks to play either the Riddler or Penguin both classic DC Comics villains but the deal didn't go through. Filming is scheduled to begin later this year or in early 2020.

The movie is being described as having a grounded take on Batman and will feature many of his villains. Ben Affleck was the last actor to play Batman on the big screen in 2016's 'Batman v. Superman: Dawn of Justice' and 2017's 'Justice League'.