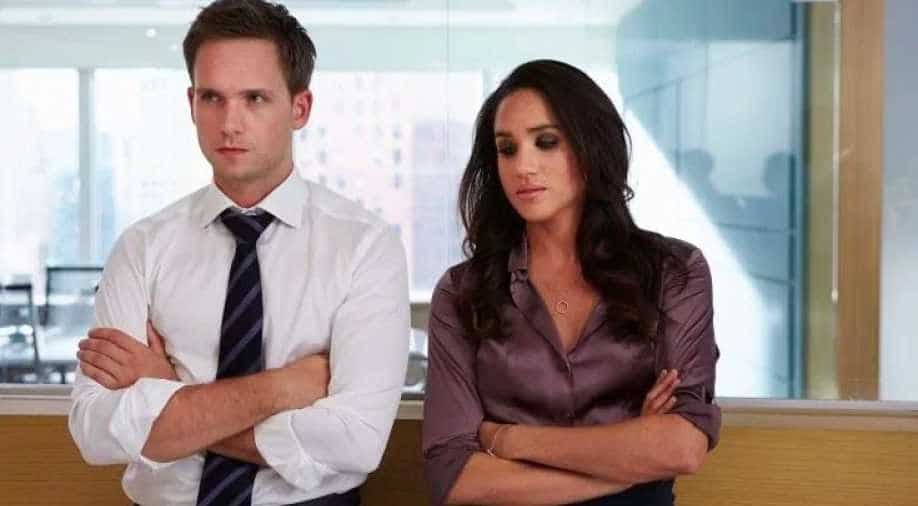 Still from show Suits. Photograph:( Others )

Duchess Meghan Markle won't be joining former co-star Patrick J Adams on the final season of 'Suits'. However, this does not mean their characters' relationship is in danger.

Since Duchess Meghan is too busy with her baby and royal duties, she won't be joining former co-star Patrick J Adams on the final season of 'Suits'.

However, Adam reassured the audience that this does not mean their characters Rachel and Mike's relationship is in danger.

Both Meghan (Rachel) and Adams (Mike) left the popular TV show in 2018.

At the end of season seven, Rachel lands a job in Seattle and moves there with her husband Mike.

Now that the actor is all set to feature in the show for one last time, Adam wants the viewers to know that Rachel and Mike are happy, Us Weekly reported.

"We're happy. I promise you they're happy. For Mike, this is just a trip to New York. (They) are building their life together, it sounds like he's doing well," he asserted.

Sharing a little more detail about the reel life couple staying in Seattle, the actor said, "It seems to me like Mike's in a great place. Whatever is happening in Seattle is really good. ... There's phone calls with Rachel saying, 'Goodbye, I love you', and, you know, I think there's some obvious acknowledgement that she`s still there and a part of the show."

The actor announced his return to the popular show in June by posting a picture of his character from the show on Instagram.

It was announced in January that the legal drama was renewed for a final season which is scheduled to air in July.