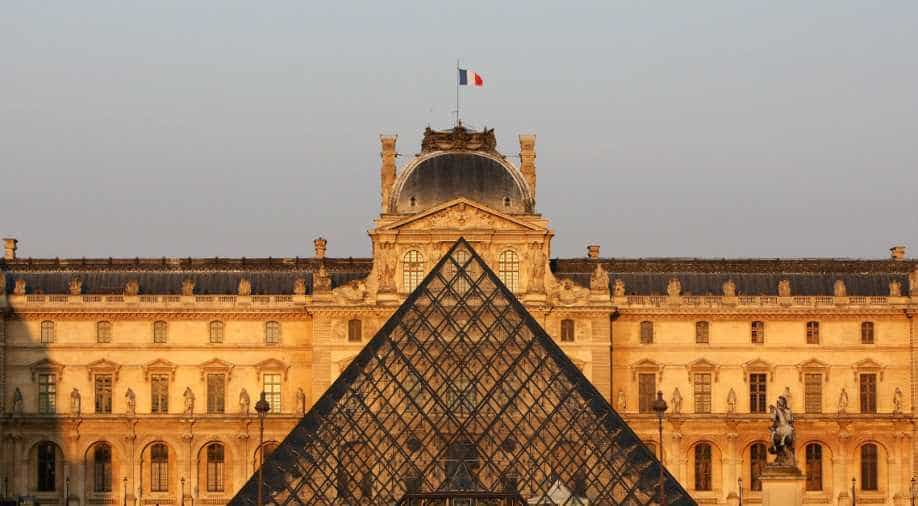 A French soldier opened fire and wounded a man armed with a gun who was trying to enter the Louvre museum in Paris. Photograph:( Getty )

Around 300 staff met in the morning and voted "almost unanimously" not to open.

The Louvre in Paris, the world's most visited museum, turned tourists away on Sunday after staff refused to work because of coronavirus fears, unions and management said.

Around 300 staff met in the morning and voted "almost unanimously" not to open, Christian Galani of the CGT labour union told AFP.
By Sunday afternoon, visitors were learning the news as they arrived at the entrance.

"We're very disappointed," said one tourist, part of an Italian group. "It was the perfect day to go to the museum," he added under a steady drizzle of rain.

"No one warned us and nothing is written on the website!" said their guide, who gave her name only as Stefania.

Others complained that they had reserved tickets for the afternoon that same morning and there had been no hint of the coming closure at the website.

The Louvre, near the banks of the Seine river in central Paris, received 9.6 million visitors last year, most of them foreigners including Americans, Chinese and Europeans.

Louvre management later confirmed the museum was closed for the entire day and said it would refund ticket-holders.

"We apologise for any inconvenience and will keep you informed as the situation develops," the museum said on its website. The museum's management could not say if it would reopen on Monday.

On Saturday, the government announced several measures to try and curb the outbreak in France, including cancelling all gatherings of more than 5,000 people in confined spaces.

"The Louvre is a confined space which welcomes more than 5,000 people a day," said Galani, who also works at the museum. "There is real concern on the part of staff."

Workers met in the morning to discuss these fears, and Galani said management representatives were unable to convince staff to go to work.

They are demanding stepped up protective measures, including the provision of hand sanitising gel and window barriers to separate cashiers from members of the public.

In January, workers also forced a one-day closure in a strike over the government's pension reform plans.

France now has 130 confirmed cases of the virus, the country's director-general of health Jerome Salomon said Sunday: 12 people have made a complete recovery, 116 are in hospital and two people have died.