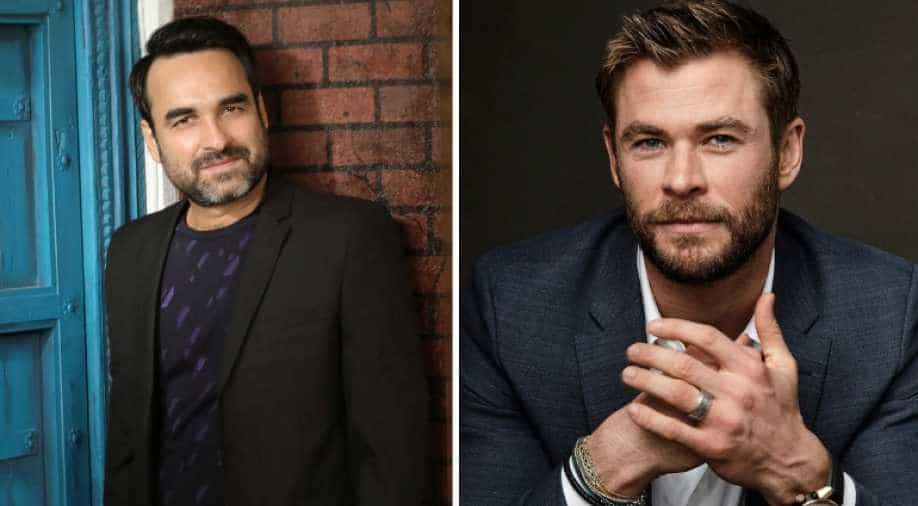 The two actors will be sharing screen space for Netflix film 'Dhaka'.

The versatile actor Pankaj Tripathi has explored variety of platforms and mediums to entertain his audiences for more than a decade now.  He is one of the best actors that Bollywood has currently. Now, after giving memorable performances in films like 'Newton', 'Bareilly Ki Barfi', 'Stree' and others, Pankaj has set his eyes on Hollywood.

The actor will soon start shooting for his first ever Hollywood film with none other than Chris Hemsworth aka Thor from 'Avengers' series.

In November last year, Chris was in India to shoot debutante director Sam Hargrave's thriller film 'Dhaka'. Sam has been the second unit director for 'Avengers Infinity War', 'Atomic Blonde'. They shot principal portions of the film in Mumbai and Ahmedabad. The film also stars Golshifteh Farahani, David Harbour, Randeep Hooda, Manoj Bajpayee amongst many others.

As per the sources Pankaj Tripathi will be joining the cast in Bangkok, Thailand to shoot for the next leg of the film. This would be the first time Pankaj will be seen in a Hollywood project working with an international crew.

Pankaj will be seen in a pivotal character sharing screenspace with Chris. The film 'Dhaka', is a thriller and will be released on Netflix Originals.