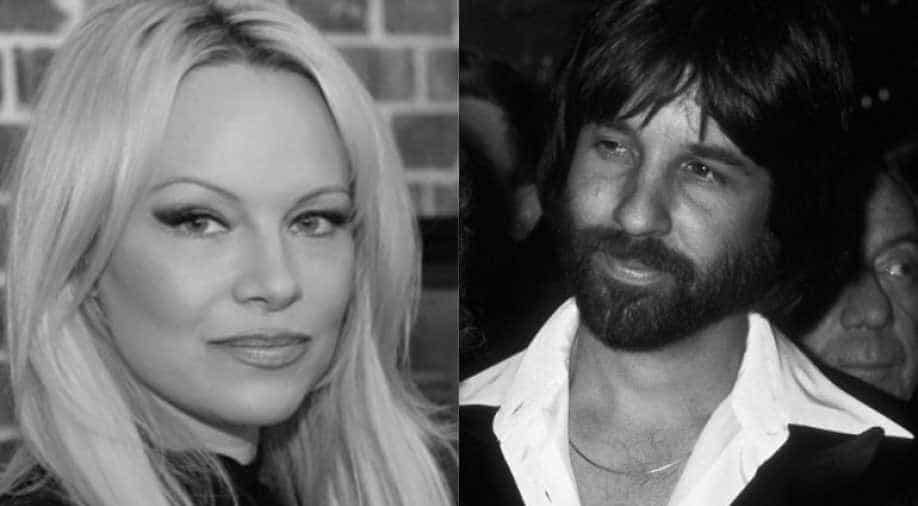 Actor and model Pamela Anderson, who recently tied the knot with American film producer Jon Peters, has posted their first photo together on Twitter since their secret wedding.

The 52-year-old star shared a caption-less monochromatic picture of the couple on her Instagram Story on Friday. She was seen sporting a white sweater as she leaned her head against Peters who was seen wearing a black puffer vest, reported a magazine.

She remembers him telling her.
“In 30 years, our age difference won’t mean so much”.

To her
and his family’s delight.

Earlier this week, Anderson shocked her fans when the news broke that the 'Home Improvement' star has married Peters in a private wedding ceremony in Malibu on Monday, January 20.

Jon met Pamela
at the Playboy Mansion
When he saw her sitting at the bar.
All he saw
were “teeth and a halo”.
He approached her-
He introduced himself
as a producer.
“ Rainman? Batman? “
Pamela wasn’t registering -
Not even sure what a producer was.
She had just arrived. pic.twitter.com/Xn8PLwvUeQ

According to The news agency, Peters has stated that "Pamela has never seen her full potential as an artist. She has yet to shine in a real way. There are beautiful girls everywhere. I could have my pick, but for 35 years  I've only wanted Pamela. She makes me wild in a good way. She inspires me. I protect her and treat her the way she deserves to be treated."

In the '80s Peters met Anderson at the Playboy Mansion and helped Pamela launch her career. The 'A Star Is Born' producer proposed to her 30 years before they tied the knot, but she declined. At the time he stated, "in 30 years, our age difference won't mean so much."

Anderson was previously married to musician Tommy Lee, singer-songwriter Kid Rock, and American poker player Rick Salomon. She shares 22-year-old sons Brandon and Dylan with Lee. Peters has been married four times and is the father of three children.