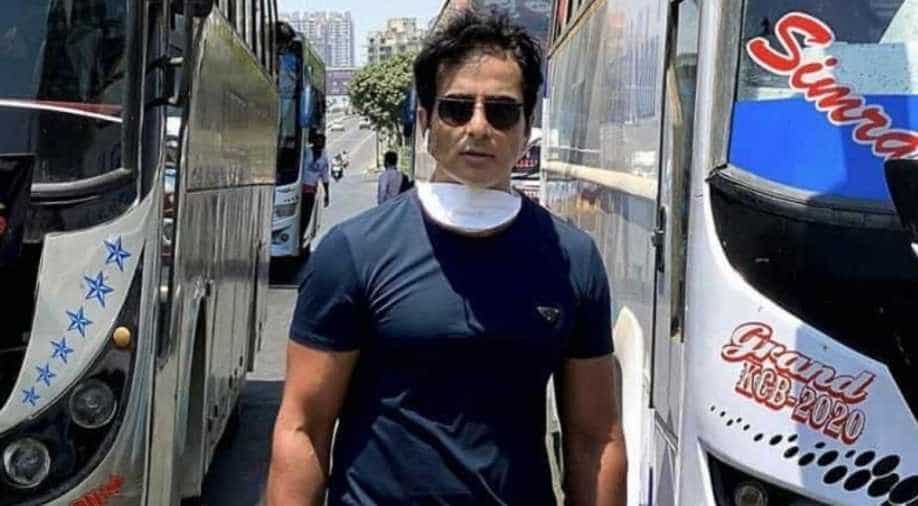 On his 47th birthday on Thursday, actor Sonu Sood announced three lakh jobs for migrant labourers on the job portal 'Pravasi Rojgar' that he had launched earlier this month.

The 'Dabangg' actor who has launched several initiatives for helping migrant labourers of the country made the announcement about the additional three lakh jobs on his Instagram account. Sood posted two flyers of the employment application and shared that the jobs came with additional benefits like PF and ESI.

"On my birthday a small initiative from my side...3 lakh jobs tied up for Pravasirojgar.com. All these will provide good wages, PF, ESI, and other benefits," he wrote in the caption.

He further went on to thank the organisations that had partnered with him for the initiative. "Thank you AEPC, CITI, Trident, Quesscorp, Amazon, Sodex, Urban Co, Portea, and all others for creating these opportunities with me. #AbIndiaBanegaKamyaab @pravasirojgar," he wrote.

Also read: I have nothing to do with politics, working purely out of love for migrants, says Sonu Sood

Hailed as the 'messiah' of migrant labourers, Sood has helped hundreds of thousands of migrants to reach their native places amid the coronavirus induced lockdown when many like them were walking back to their homes. Besides labourers, he has also helped students and other people stranded in different parts of the country amid the lockdown.