Not just the Internet, Angeline Jolie is also interested in Keanu Reeves 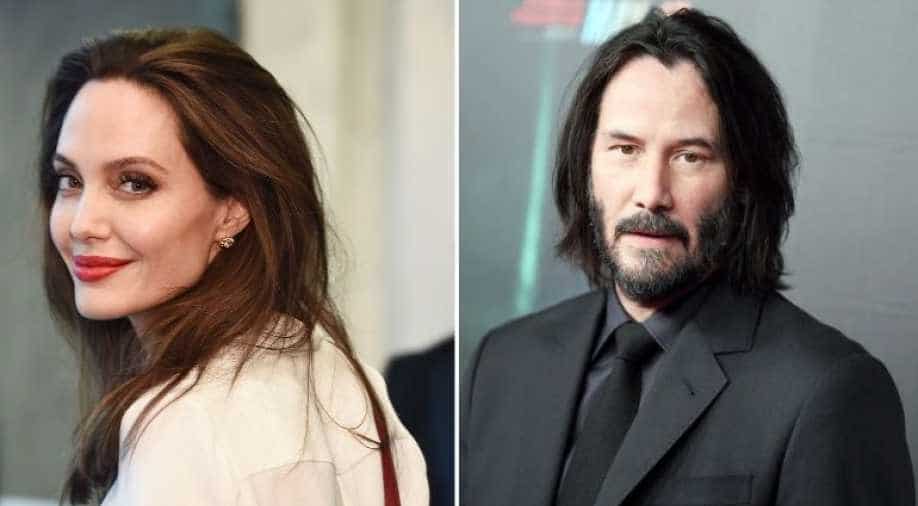 The `Always Be My Maybe` star is reportedly the first man Jolie has been excited about since meeting Pitt back in 2004 on the sets `Mr. & Mrs. Smith`.

Dear Internet, you have competition. Reports claim that Angelina Jolie seems to have moved on after her split with Brad Pitt and now wants to date Internet's latest crush, actor Keanu Reeves!

The 44-year-old actor moved to the Los Feliz neighbourhood in Los Angeles after she parted ways with Brad Pitt nearly three years ago and one of her neighbours happens to Reeves` mother Patricia Taylor.

Apparently, this is all it takes to spark romance rumours between Jolie and Reeves.According to Celebrity Insider, a major outlet is claiming that Jolie has set her sights on the `John Wick` actor so she can move on from her ex-husband and put her life back on track after her divorce.

The `Always Be My Maybe` star is reportedly the first man Jolie has been excited about since meeting Pitt back in 2004 on the sets of 2005 thriller `Mr. & Mrs. Smith`.According to the tabloid, when Jolie became Patricia`s neighbour, the actor allegedly saw this as her chance to get to know Reeves better.
"Keanu`s really close to his mom and visits her all the time. That`s how he came to meet Ange. They found they have a lot in common, and the attraction was definitely there," an insider told Star.

The source also claimed that Reeves has met Jolie`s children - Maddox, Pax, Zahara, Shiloh, Vivienne, and Knox and gets along well with them.

The source also added that Patricia is fine with the idea of a relationship between her son and the Oscar-winning actor because she is ready for her son to settle down.Despite all these details from the insider, that may get the fans all excited, Reeves` representative said that there is absolutely no truth to the report. The rep also stated that they sent Star a denial of the story before they published it.

The `Replicas` actor doesn`t really have the time to invest in a relationship because he has been so busy with his career.The 54-year-old actor`s upcoming movie `Toy Story 4` releases on June 21 and he reportedly got really into his character of Duke Caboom in the flick.Reeves wanted to know everything he could about his role, asking Pixar producers what he was like and what he is afraid of.

Producer Mark Nielsen said that Reeves "wanted to dig deep into the character," and during lunch, he came up with the idea of Caboom`s love of posing."He climbed on a table and was striking poses in the middle of the atrium and we thought, that is Duke Caboom!" said Nielsen.

On the work front, Reeves was last seen in `John Wick Chapter 3: Parabellum`. He is all set to start filming for `Bill and Ted Face The Music` later this year. Meanwhile, Jolie will next appear in `Maleficent: Mistress of Evil`, `Come Away`, `Those Who Wish Me Dead` and `The Eternals`.