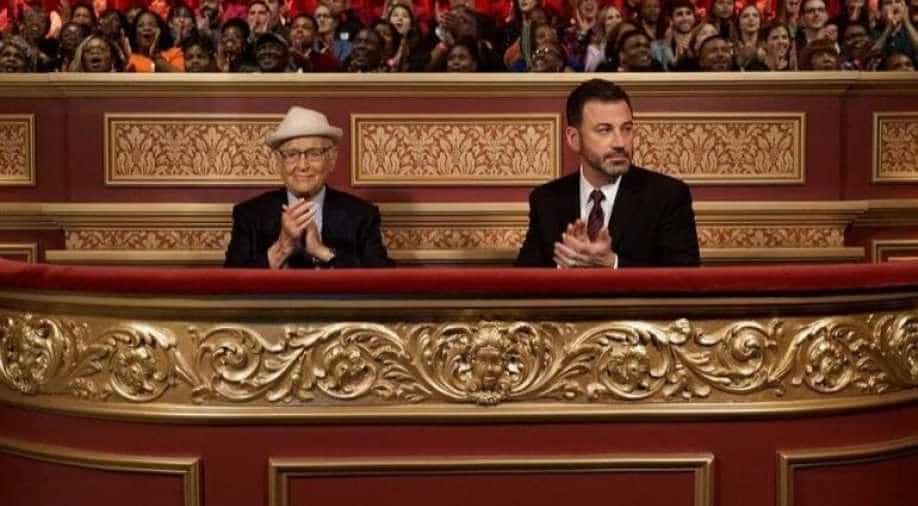 Norman Lear, during his entire career, had approximately 15 nominations from which he won four Emmys for 'All in the Family' in years 1971, 1972 and 1973.

Television writer and producer Norman Lear made history by becoming the oldest Emmy winner at the age of 97. He broke Sir David Attenborough record who received the prestigious award at the age of 93, reported news agency.

Lear first got nominated for the honour in 1991 for the live ABC special broadcast of 'All in the Family' and 'The Jeffersons', further winning the award in the outstanding variety special (live) category as an executive producer.

The writer-producer earlier topped  Carl Reiner for the title of oldest nominee ever by six months. "The fact of my life is, I don't think about it a lot. I suppose I'm thinking about it more now ... I'm 96 [fellow executive producer Jimmy Kimmel corrected him, saying he was 97]. I like waking up in the morning," said Lear backstage at the Emmys."

''It's the greatest thing you can ever imagine, it's like dancing with Fred Astaire. It was for me - a lover of Norman's work and his television shows, and then getting to know the man himself - the high point of my career and a thrill from the very beginning to this moment," said Jimmy Kimmel.

Norman Lear, during his entire career, had approximately 15 nominations from which he won four Emmys for 'All in the Family' in years 1971, 1972 and 1973.