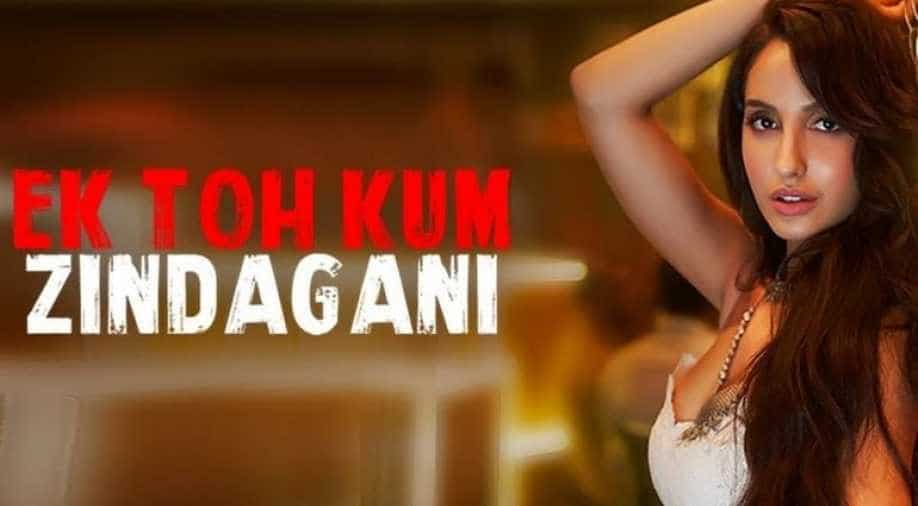 The film marks the second collaboration between Sidharth and Riteish after 'Ek Villain' and also stars newbie Tara Sutaria and is slated to hit the theatres on November 15.

Nora Fatehi has no match when it comes to flaunting sizzling dance moves. The dancer is once again soaring the temperature with the latest track 'Ek Toh Kum Zindagani' from 'Marjaavaan'. Watch movie trailer here.

The sizzling dance number is a remixed version of the highly popular song from Feroz Khan's iconic film 'Janbaaz'. The original song featured veteran actor Rekha performing on the track.

In the revamped version, burning the dance floor, the Canadian dancer is wearing a short white dress along with a 'Bride' hairband as she enters a club before showing off her amazing dancing skills.

Nora enters the club with her girl gang with an aim to celebrate her bachelorette party. Apart from Nora, the video of the track also includes some glimpses of Sidharth Malhotra in the club with his friends, trying to ignore the dancer.

The original number was sung by Sapna Mukherjee while the music was composed by Kalyanji Anandji. The reprised version has been recreated by Tanishq Bagchi and Neha Kakkar who have crooned the song while AM Toraja and Tanishq have written the lyrics.

This song is choreographed by Adil Shaikh. Nora has always managed to flaunt her sensuous moves in various songs like 'Dilbar' and 'Kamariya' which have fared very well as chartbusters.

Some time back the makers of  'Marjavaan' released the power-packed trailer of the film in which lead actors Sidharth and Riteish Deshmukh are seen unleash their aggressive side.

The film marks the second collaboration between Sidharth and Riteish after 'Ek Villain'. It is bankrolled by Bhushan Kumar, Divya Khosla Kumar, and Krishan Kumar along with Monisha Advani, Madhu Bhojwani and Nikhil Advani.

The flick also stars newbie Tara Sutaria and is slated to hit the theatres on November 15.