No kissing, no fighting as TV soap 'Neighbours' resumes filming 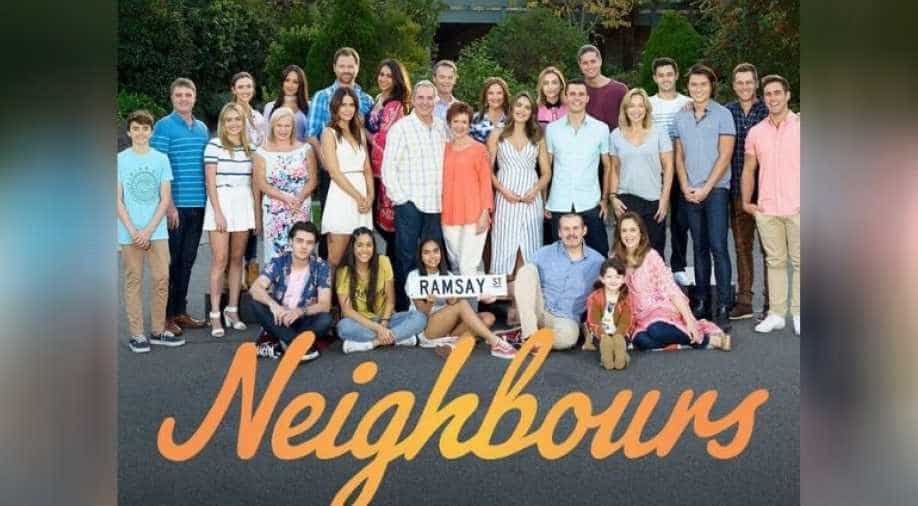 To maintain social distance, no actor will be seen hugging or kissing on screen.

Australian soap opera 'Neighbours'  is filming again, but don`t expect any kisses, hugs or punch-ups in the new episodes as cast members adhere to strict social distancing rules imposed to curb the spread of the new coronavirus.

The pandemic has hugely disrupted the entertainment industry worldwide and many popular television shows have had to suspend production.

The cast and crew of "Neighbours" had a month-long break while producers re-worked scripts and storylines to ensure actors were able to stay apart, in line with Australian government guidelines on social distancing.

"This is an unprecedented situation, there is no rulebook for it," said Jason Herbison, executive producer of the series, now in its 35th year, about the residents of a fictional suburb in the Australian city of Melbourne.

"So what we really had to do was just stop, listen to the government advice and look at the way we film the show. And in consultation with our cast and crew, really formulate a plan where we felt we could all return to work safely," he said in an interview via Skype.

This included reducing the number of characters in specific scenes. Sometimes they filmed them in "smaller components" before stitching scenes together in the editing room.

In intimate scenes, a character might "lean in for a kiss, and then the camera pans away and we hear a little bit of a giggle," Herbison said.

"It`s just about re-imagining the scene differently, so you don`t see that moment of impact."

Actors and film crews have temperature checks when they arrive on set, and a colour coding scheme helps ensure that if somebody contracts the virus or has symptoms, it will be easier to trace the people they may have come into contact with.

Wherever possible, actors will apply their own make-up and do their own hair. Where that is not possible, make-up artists will comply with strict health and hygiene rules.

There will be no explicit references to the coronavirus in the series, Herbison said, especially given that it is all about neighbours interacting with one another. But viewers will see, for example, characters sanitising their hands in restaurants.

"It`ll be little things like that that show that perhaps the world has changed a little bit," he said.