No host? No problem. Queen, Lady Gaga to bring Grammys vibe to Oscars 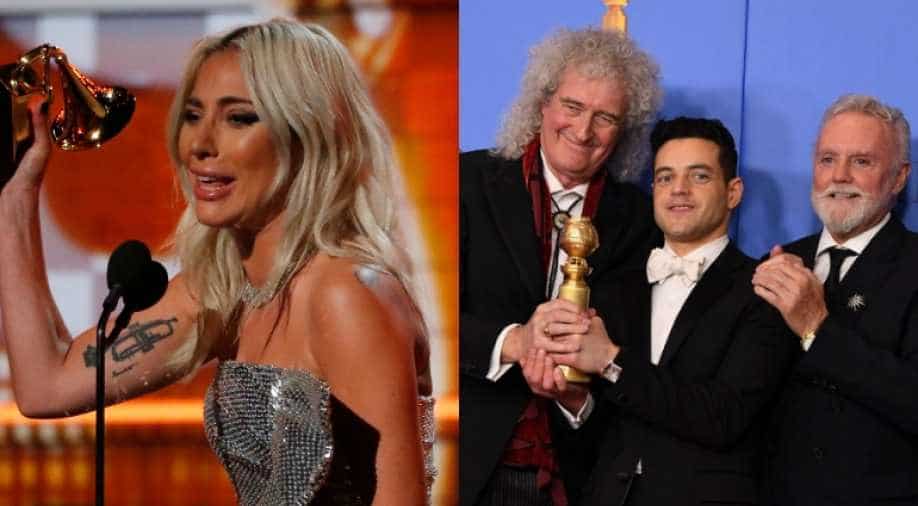 Details have been scant about the first Academy Awards ceremony in 30 years to go ahead without a host, bringing a curiosity factor to the last and biggest awards show of the season.

There will not be a host and Sunday`s Oscars ceremony will not open with the traditional monologue in which celebrities and politicians are skewered.
Yet, with rock band Queen, pop superstar Lady Gaga and two musicals in the race for best picture, the highest honours in the movie industry will have an unusually strong music vibe as the Oscars seek to regain television audiences.

Details have been scant about the first Academy Awards ceremony in 30 years to go ahead without a host, bringing a curiosity factor to the last and biggest awards show of the season. Comedian Kevin Hart withdrew from the host job in December after past homophobic tweets resurfaced.

"Hollywood is all about suspense," said Tom O`Neil, founder of awards website Goldderby.com.

One thing is certain; it will not be shorter. A pledge to broadcaster ABC to keep the show to three hours was wrecked last week when the Academy of Motion Picture Arts and Sciences bowed to protests and scrapped plans to hand out four of the 24 Oscars during commercial breaks.

In 1989, the last time there was no host, the telecast opened with an 11-minute song and dance number featuring Rob Lowe and an actress dressed as Snow White that was widely derided.

Under pressure to deliver a compelling show for viewers after last year`s TV audience hit an all-time low, producers have made the most of the best original song contenders.

Lady Gaga and actor-director Bradley Cooper will perform a live duet of her hit song "Shallow" from their best picture contender 'A Star is Born,'  while Jennifer Hudson has been tapped to sing 'Fight' from documentary 'RBG.'

Midler will do the honours for the 'Mary Poppins Returns' song "The Place Where Lost Things Go" and country duo Gillian Welch and David Rawlings will perform "When a Cowboy Trades His Spurs for Wings."

"That is one of the places where the star wattage can make a difference," said Alison Willmore, critic and culture writer at BuzzFeed News.

"Lady Gaga is a music superstar and I would imagine her hard core fans will be tuning in for her," Willmore added.

Organizers have not said whether rapper Kendrick Lamar will perform his Oscar-nominated song "All the Stars" from superhero movie 'Black Panther.'

The academy on Wednesday said that Serena Williams, talk show host Trevor Noah and Congressman John Lewis would appear to talk about what the best picture nominees mean to them. Spanish-American chef Jose Andres, musician Tom Morello and Barbra Streisand will also be among those introducing the nominees.

Sunday`s show is also expected to dispense with the segments between award handouts that in recent years have focused on pizza deliveries or surprising people on bus tours.

"I`m not going to miss a lot of those little bits. That often feels like the part that makes the ceremony long, so maybe without a host it won`t feel like it`s dragging," said BuzzFeed`s Willmore.