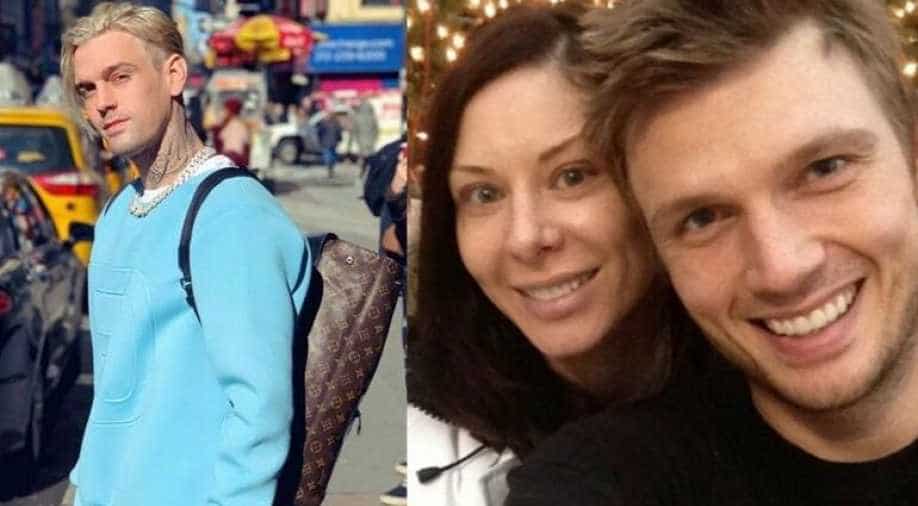 Aaron's family has been concerned about his mental state. He has claimed that police have been to his home to check on his mental health.

Backstreet Boys singer Nick Carter who got a restraining order against his brother Aaron Carter after he threatened to kill his 'pregnant wife and unborn child' has now increased security for his family.

"Nick has beefed up security," a source told a magazine."

There is a definite concern for Lauren (Nick's pregnant wife) and the situation has been very stressful for her.

She's close to her due date. However, because of what happened previously with her pregnancies and the stress, they just want the baby to get here safely and there is a concern that due to the stress she will go into early labor," the source added.

The 39-year-old singer and his wife Lauren Kitt are expecting their second child in a few weeks. The couple tied the knot in 2014 and has a three-year-old son Odin.

On Tuesday, September 17, Nick said in a statement that he and his sister Angel Carter had filed a restraining order against their brother over alarming comments he claimed Aaron made regarding Kitt and their unborn baby.

"After careful consideration, my sister Angel and I regret that we were required to seek a restraining order against our brother Aaron today," he tweeted.

However, Aaron denied the claims in a tweet on Tuesday writing, "I am astounded at the accusations being made against me and I do not wish harm to anyone, especially my family."

Aaron's family has been concerned about his mental state. He has claimed that police have been to his home to check on his mental health. Aaron Carter sexually abused: Read here

"Aaron is following the law and continues to be fully cooperative with any and all inquiries made by law enforcement. There have been multiple wellness checks made and none have ever resulted in any action," Page Six quoted Carter's representative.