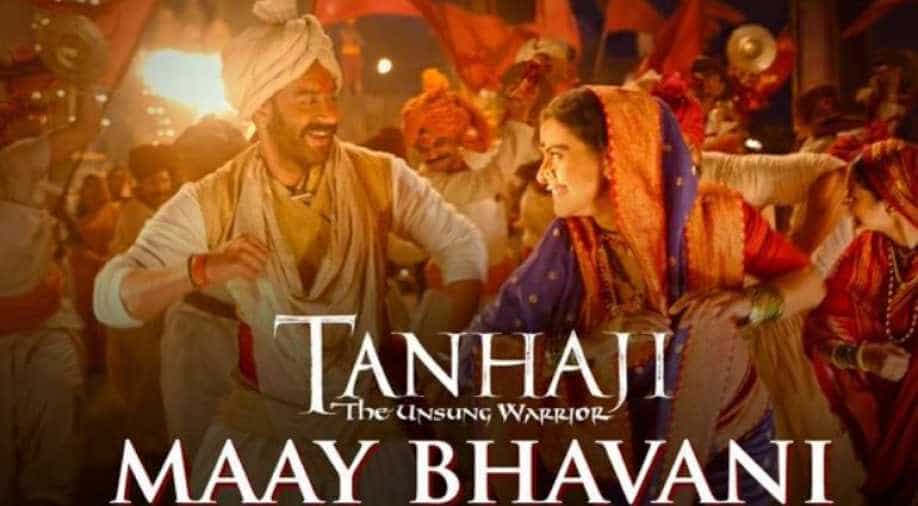 The film is a biographical period drama based on the life of legendary Tanaji Malusare, the unsung warrior who fought alongside Chatrapati Shivaji

The makers of the upcoming drama film 'Tanhaji: The Unsung Warrior', featuring the real-life couple Ajay Devgn and Kajol on Thursday dropped the second track 'Maay Bhavani' from the flick.

The romantic track composed by Ajay-Atul is a finely flavoured mixture of affection, happiness and a whole lot of Marathi culture. Penned by Swanand Kirkire, the song showcases an entire village celebrating the Marathi festival by performing highly dramatic dance and offering prayers to the deity.

In the celebratory track, Ajay Devgn who is playing the role of Tanhaji and Kajol his wife, Savitribai, is coming together with other natives to celebrate the auspicious occasion of colors and joy.

Ajay shared the song on his Twitter handle. The music video, clocked in at three-minutes and twenty-seconds, shows Kajol donned in Marathi styled saree.

Crooned by Sukhwinder Singh and Shreya Ghosal, the song does set a perfect blend of folk music and melody.

Set in the 17th century, the film is a biographical period drama based on the life of legendary Tanaji Malusare, the unsung warrior who fought alongside Chatrapati Shivaji against the Mughals.

Saif Ali Khan will be seen as the antagonist while Neha Sharma, Jagapathi Babu and Pankaj Tripathi in other significant roles. The movie is slated to release on January 10.