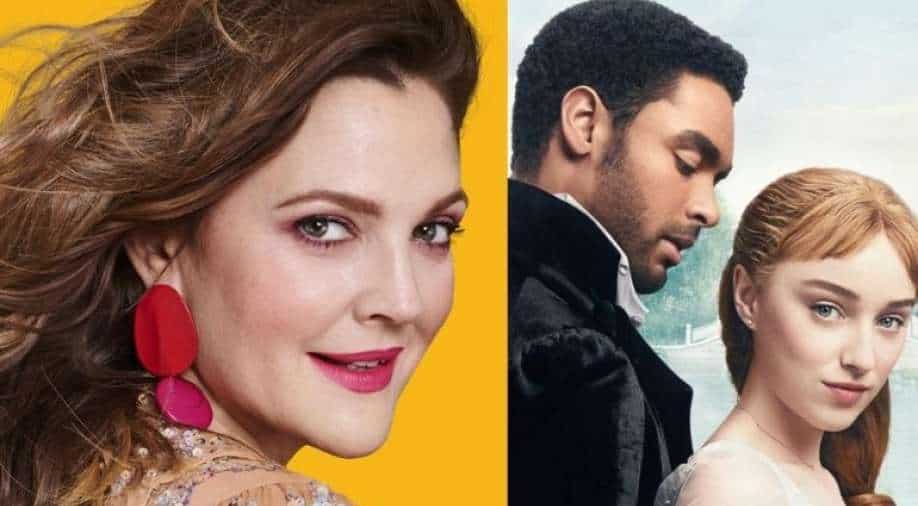 Drew previously revealed she has not been on a date since her divorce with ex-husband Will Kopelman in 2016.

Netflix recently released series, 'Bridgerton' is garnering praise from all over the world. Drew Barrymore is the new A-lister who shared her experience with the show and how fairy tale drama inspired her to join the dating app.

The Bridgerton star cast appeared on her talk show to discuss the period drama. During their appearance on Friday, Barrymore revealed that the show's scenes inspired her to join dating apps once again.

Interviewing the lead actors Phoebe Dynevor and Rege-Jean Page on her talk show, the revelation came after Ross Matthews, who is also a fan of the series, thanked the actors for "making such a beautiful show that is so modern, that feels so now even though it's based so long ago and for really turning our engines back on if you know what I mean."

By responding to it, Drew confessed, ''It's true, I got back on a dating app during 'Bridgerton. I was like 'I’m not dead, I’m not dead!' For me that was a big step."

Meanwhile, Drew previously revealed she has not been on a date since her divorce with ex-husband Will Kopelman in 2016.

"I'm not closed for business. But I have been exactly in that mentality for the past five years, thinking I just don't have the bandwidth, I don't know if I'm willing to open [up,] I just can't fit it in," she said earlier.