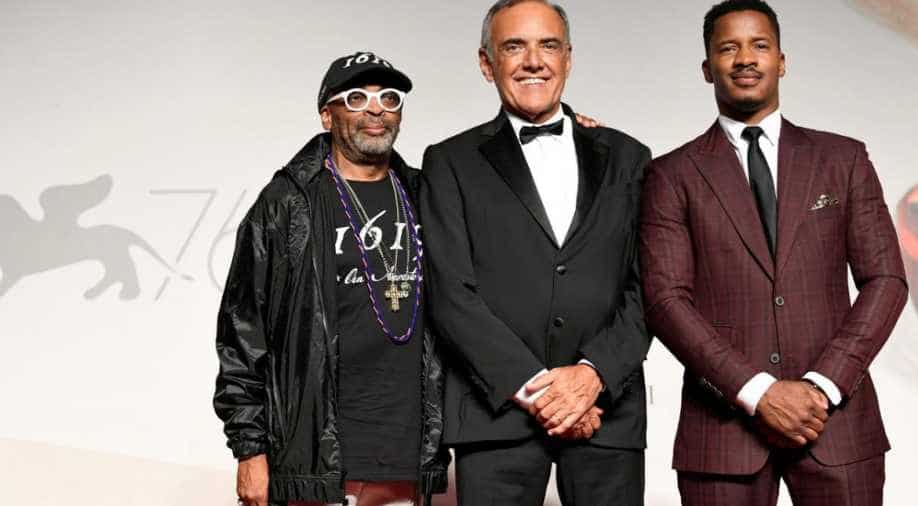 'American Skin' is screening out of competition at the festival. Organizers have faced criticism for including it in the program as well as 'An Officer and a Spy' by Roman Polanski, who has a US sex crime conviction.

Nate Parker's "American Skin" premiered at the Venice Film Festival on Sunday (September 1), hours after the filmmaker apologised for making a "tone deaf" response three years ago when a decades-old rape charge derailed his directorial debut.

Parker wrote, directed and stars in the police violence drama about an African-American father seeking justice for his teenage son killed in a stand-off with police.

He plays Linc, who agrees to a student film crew following him around and interviewing him about 14-year old Kijani's death.

Hopeful for a trial, Linc is horrified when the police officer who shot Kijani will not be charged but return to duty and decides to take matters into his own hands.

Parker was joined by veteran director Spike Lee, festival director Alberto Barbera and his co-stars on the red carpet.

It is Parker's first movie since 2016's 'Birth of a Nation' stumbled after renewed public interest in a 1999 rape charge against the filmmaker, of which he was acquitted.

At the time, Parker addressed the case in interviews and on Facebook, saying he was devastated to learn his female accuser had taken her own life in 2012 but said he would not apologize over the case, instead of asking people to look beyond it and focus on the film.

"I've learned a lot in the last three years, it's been a journey of wisdom, talking to people ... and learning more about myself," Parker told a news conference for print journalists only.

"The reality is I was quite tone-deaf ... to a lot of the things that were happening in the climate, my response during that time, obviously hurt a lot of people, frustrated and angered a lot of people and I apologize to them. I'm still learning."

'American Skin' is screening out of competition at the festival. Organizers have faced criticism for including it in the program as well as 'An Officer and a Spy' by Roman Polanski, who has a US sex crime conviction.