Mukesh Ambani's son Akash to get hitched to fiancee on March 9. Details here! 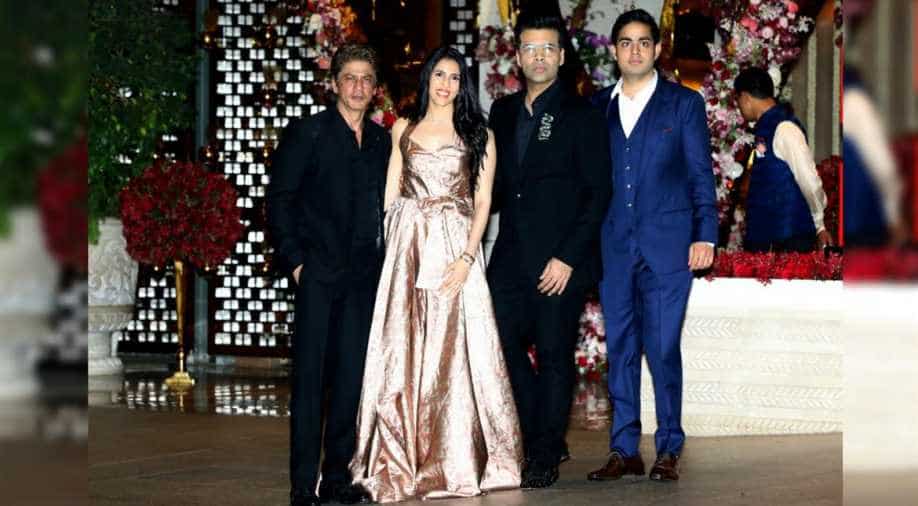 Bollywood stars and cricketers came in to wish Akash Ambani and Shloka Mehta for their engagement on Monday night at Antilla Photograph:( Others )

Akash got engaged to Shloka in June last year.

The Ambanis are set for another wedding in the family as Mukesh Ambani’s elder son, Akash will soon tie the knot with fiancee Shloka Mehta. This, after a much-grand wedding of Mukesh’s daughter, Isha’s wedding to Anand Piramal. As Isha’s wedding saw multiple functions in India and foreign locations, Akash is also likely to have something similar.

Akash got engaged to Shloka in June last year. They will now get hitched on March 9, 2019.

Apparently, Akash will have a bachelor party in Saint Moritz, Switzerland between February 23 and 25. He is expected to host more than 500 guests, which include his close friends and some Bollywood stars like Ranbir Kapoor, Karan Johar and more.

The couple fell in love while they were in school. After they graduated, the two went their separate ways and pursued different things in life. The two, however, stayed in touch. In March 2018, Akash asked Shloka to marry him while they were on holiday in Goa.