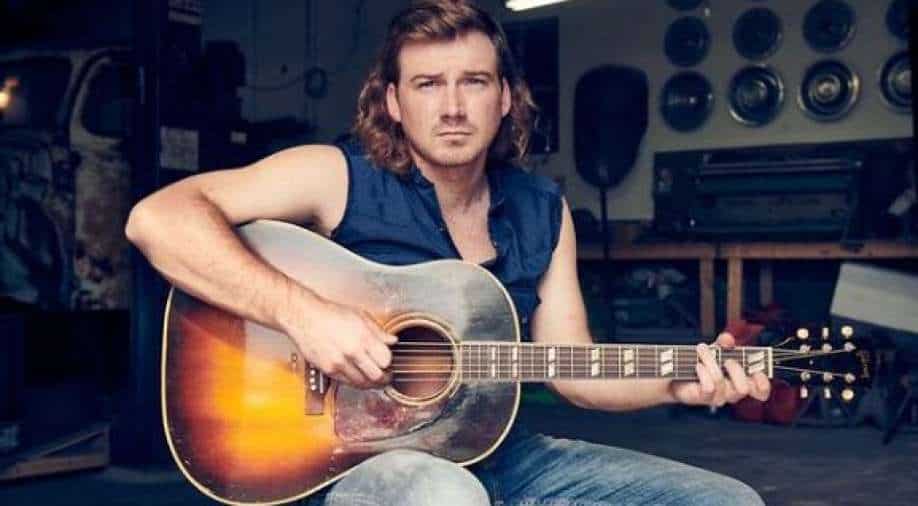 Wallen, whose new track `Dangerous: The Double Album` is about to have a fourth week at the top of the charts, saw his music yanked from major radio networks and streaming service playlists within hours of the video being published on TMZ on Tuesday night.

As per Variety, Wallen`s record label Big Loud, which releases his music jointly with Republic Records, announced on Wednesday that the singer`s recording contract is being suspended "indefinitely."Big Loud Records said in the statement, "In the wake of recent events, Big Loud Records has made the decision to suspend Morgan Wallen`s contract indefinitely."Republic Records, which he is co-signed to, said it "fully supports Big Loud`s decision and agrees such behavior will not be tolerated."

Wallen, whose new track `Dangerous: The Double Album` is about to have a fourth week at the top of the charts, saw his music yanked from major radio networks and streaming service playlists within hours of the video being published on TMZ on Tuesday night. Cumulus, which is powerful in the country radio sphere, sent out a directive to the program directors of all of its 400-plus stations with the header "MORGAN WALLEN -- EXTREMELY IMPORTANT."

The message read, "Team, unfortunately, country music star Morgan Wallen was captured on video Sunday evening using a racial slur. Effective immediately we request that all of Morgan Wallen`s music be removed from our playlists without exception. More to follow."Radio giants like iHeartMedia and Entercom soon followed suit, as did the country music television network CMT. His music has been pulled from the satellite service SiriusXM and the streaming service Pandora, as well as being removed from any visible spots on Spotify and Apple Music.

The video reportedly recorded by Wallen`s neighbors, shows him yelling profanities after a night out in Nashville, including the N-word. Wallen issued a statement on Tuesday night after TMZ first reported the incident, saying, "I am embarrassed and sorry. I used an unacceptable and inappropriate racial slur that I wish I could take back. There are no excuses to use this type of language, ever. I want to sincerely apologize for using the word. I promise to do better."

However, some fans pointed out that Wallen appeared to be using the term as a "term of endearment" among friends and not as an invective. Wallen has a history of having used the N-word on social media, quoting rap lyrics. In 2012, he tweeted a lyric by rapper Meek Mill, "I burn bread I ain`t talkin toast n---." (That tweet was deleted from Wallen`s account on Wednesday morning.)The move follows a similar one involving singer Marilyn Manson earlier this week, where Loma Vista Records, which distributed his last three albums, announced that it has parted ways with the artist. In 2019, Sony Music dropped R Kelly after multiple allegations of sexual assault and abuse against the singer.