'Money Heist 5' teaser out, series to release in two parts 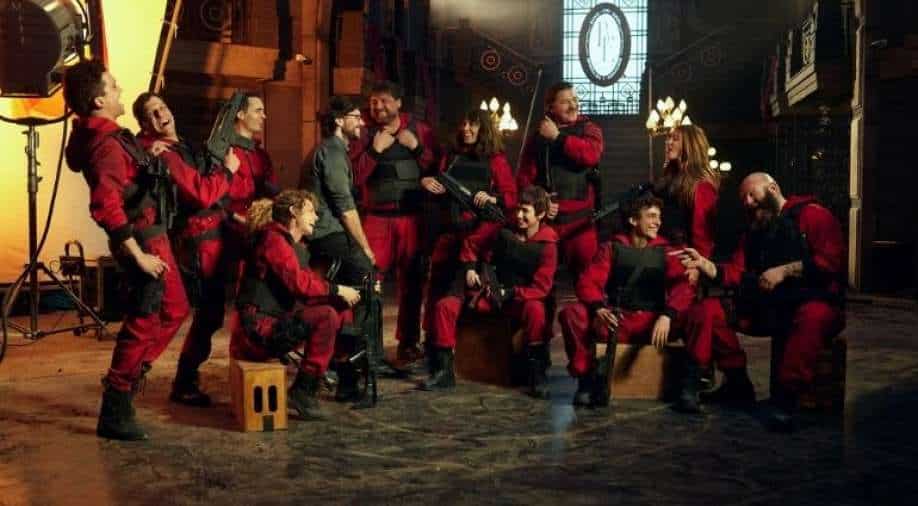 'Money Hiest' fans rejoice! Netflix has officially revealed the release date of the fifth and final season of the thriller drama series with a spine-chilling teaser on Monday.

Netflix shared the official teaser of the much-anticipated season of the drama series on Twitter and informed that the final season will be released in two parts.

"The final part of Money Heist arrives this year! Volume 1: September 3 | Volume 2: December 3. You can bank on it to be explosive," the tweet read.

The one-minute heart-thumping teaser shows the gang brawling with the cops who are trying to ensure the gang surrenders. The thriller teaser captures the emotions of every gang member in slow motion. The criminal mastermind who goes by `The Professor` is seen holding the fort from outside as the gang makes their way through the Bank of Spain.What makes the teaser more exciting is the last visual that sees a person`s hands tied to a chair leaving fans to wonder who managed to overpower whom and will the gang be able to take revenge on Nairobi`s sacrifice.

'Money Heist` is Netflix`s most successful Spanish series to date, and was its top non-English-language foray until the French series `Lupin` debuted in December, reported Variety.

The series focuses on a group of misfit con artists and robbers who convene under the guidance of 'the Professor' to rob major banks in Spain. The series originated on Spanish network Antena 3 to lukewarm ratings before Netflix breathed new life into the program, transforming it into the biggest show to ever emerge from the Spanish market.

The streamer had in July last year given the go-ahead to the upcoming season of `Money Heist`. The fifth season will mark the end of the gang`s ongoing robbery at the Bank of Spain.

Pina is the executive producer and showrunner with Jesus Colmenar and Cristina Lopez Ferraz also set as executive producers of the show. Javier Gomez Santander (head writer), Migue Amodeo (Director of Photography) and Esther Martinez-Lobato are also co-producing with Colmenar, Koldo Serra, and Alex Rodrigo directing.Netflix will premiere the first part of the series on September 3 and the second part on December 3, this year.

'The Crown' season 5 new teaser out! Show to release on this date