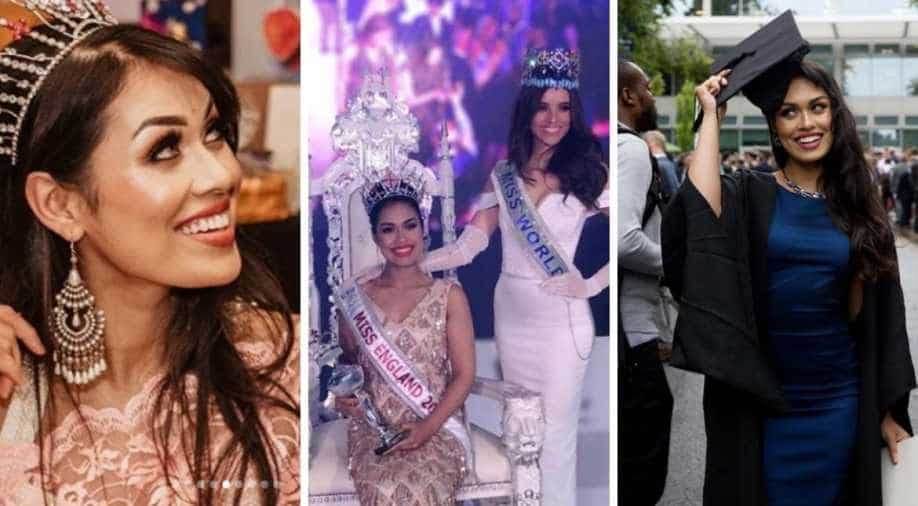 Bhasha was born in Kolkata and shifted to Britain with her parents when she was 9-years old. She calls the city her second home

Miss England Bhasha Mukherjee is truly the perfect example of the phrase 'Beauty With A Purpose'. The beauty queen is a doctor by profession and has been working as an NHS health worker in Britain amid the pandemic that has gripped the entire world. Not only has she been spreading awareness around coronavirus but she is also facilitated a fundraiser for Cyclone Amphan relief work.

Through a video message on her Instagram, Bhasha has appealed to everyone to donate to rebuild West Bengal which has been majorly affected due to the cyclone that hit the state two weeks back. Bhasha recalled how she was in the city a few months back and preponed her trip back to England to join as NHS respiratory specialist and a hospital treating COVID-19 patients. "I could have been affected by the cyclone," she says in the video that has been shared on her Instagram page.

Bhasha was born in Kolkata and shifted to Britain with her parents when she was 9-years old. She calls the city her second home. In fact, the model was in Kolkata in March during the initial outbreak of coronavirus.

According to a report in CNN, Bhasha was in India to meet her family and did philanthropic work as well during her stay here. She donated stationery to several schools and contributed money to a home for abandoned girls. When the pandemic hit, she made the decision to rush back to the UK and join her healthcare colleagues at the Pilgrim Hospital in Eastern England that was facing a severe shortage of staff.

“When you are doing all this humanitarian work abroad, you’re still expected to put the crown on, get ready… look pretty. I wanted to come back home. I wanted to come and go straight to work. I really wanted to join the task force right away,” she had told a news channel in an interview.