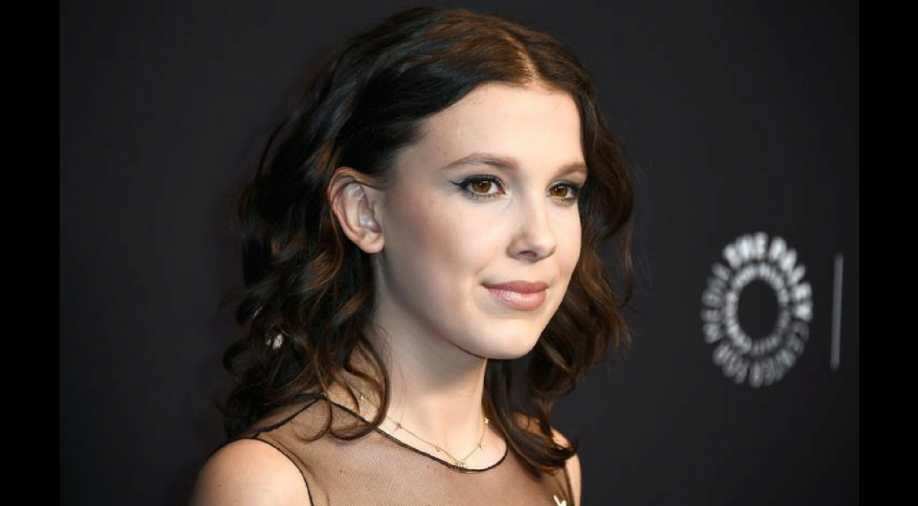 The 15-year-old star took to Instagram recently to address the criticism she received over the nighttime skincare routine.

Millie Bobby Brown, who rose to fame with her acting prowess in the insanely popular series 'Stranger Things', was recently called out for sharing a fake night time skincare tutorial. After the video went viral for all the wrong reasons, the star issued an apology.

The 15-year-old star took to Instagram recently to address the criticism she received over the nighttime skincare routine. "I'm still learning the best way to share my routines as I get to know this space better--I'm not an expert," she wrote. Looks like Brown has taken the criticism in stride, stating in her post that she hopes fans will keep the 'feedback' coming.

"I thought doing a quick video replicating my personal process for that night was okay, but that's not what was conveyed. I understand, I appreciate all of your feedback on this journey, please keep sharing your thoughts and I will too. Ily guys x #loveandlight," she added in her post.

The actor was called out by her fans, who think she faked a skincare tutorial for her Florence by Mills skincare range as her make-up remained completely intact throughout the video.

In order to promote her beauty brand, the 15-year-old star shared a since-deleted skincare tutorial on Instagram, showing her followers her nighttime skincare regimen, which incorporates several of her line's products: a face mist, scrub, cleanser, moisturizer, and lip oil, reported Page Six. Brown showed off her face mist and even claimed to apply her facial scrub, but fans were left confused as it appeared she wasn't actually applying anything on her face, and just rubbing it without any product on.

In the video, Brown pretended to put skincare products but doesn't appear to wash her face actually, despite saying things like, "So I'm just applying now" while rubbing her face and "Okay so I just wiped that off."

Fans also pointed out that Brown's eye makeup remains intact throughout the tutorial. "I can't believe she's literally just dry rubbing her hands together and rubbing her face. Like is this a prank?" one fan wrote on Reddit.

Added another user, "I don't ever believe that celebs are ever selling us the skincare routine they actually use. But I still expect them to be willing to use it at least once! If you're not willing to even put it on your face to make a sale, why should anyone else use it for real?"

However some came to her defence, writing: 'For the love of God can we stop making fun of Millie Bobby Brown she is a CHILD (plus 100000x less cringy than any of us were at that age, come off it)'.

The clip was soon deleted from the photo-sharing application after fans began speculating the actor was just pretending to use her products.

The actor isn't the first star to be called out for promoting her beauty line in a misleading manner. The American reality star and makeup mogul Kylie Jenner, who recently launched her skincare range, was criticised by people for her skincare routine.

The 21-year-old star received flak for using the foaming face wash and still ending up with a lot of makeup on her face. She also faced backlash for using a filter while washing her face using products from her skincare range.

Last year, Shay Mitchell made headlines for a Snapchat video promoting Biore's makeup remover. In the clip, she faked to remove her eye shadow with a cotton pad, but her makeup remained perfectly intact.

Meanwhile, in a previous interview she spoke of fame, "Fame is not really something I live by. I have one job which is to act. My job isn't to be famous. Fortunately or unfortunately, fame comes with acting, and acting is my favourite thing on earth. I love to portray characters that I feel are powerful and strong."