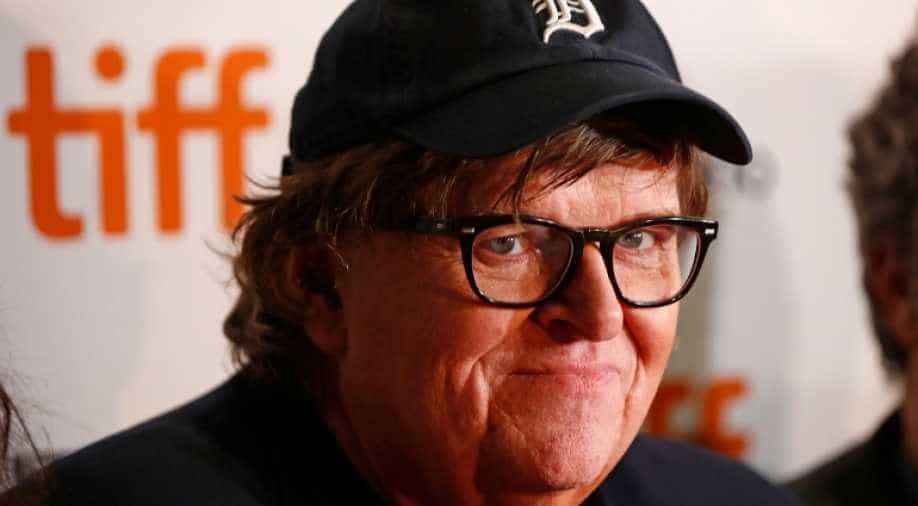 Filmmaker Michael Moore took a sly dig at US President Donald Trump when he appeared on 'The Late Show With Stephen Colbert'.

Filmmaker Michael Moore took a sly dig at US President Donald Trump when he appeared on 'The Late Show With Stephen Colbert'.

Trump had earlier tweeted about 'liberating Michigan' and Moore, who is from Michigan stated that the people have been planning liberation there for a long time.

"We've been planning our liberation for the last four years," said Moore. "Sadly, Michigan voted for Trump, so it was a huge embarrassment," the Oscar winner added.

The documentary filmmaker joked that he and his friends already have "Liberation Day all set," which he revealed falls on Election Day, November 3, 2020.

"The party starts around 8 p.m. that night. We'll have a parade," he added.

Colbert also asked Moore about coronavirus and the filmmaker lauded the work of essential workers that are keeping everyone safe during the coronavirus pandemic.

He added that the thinks "we're going to be different people" following the pandemic and "we're never going to think that anybody should have to work for $7.25 an hour."

Moore also said that there are three viruses in the United States.

"The obvious one, the coronavirus, that we're all trying to survive," he said. "The second virus is the Trump virus that needs to be eradicated non-violently and legally at the polls."

"The third virus is what I call the 'pre-Trump virus.' The one that we had for many years, long before Trump," he continued.

"We had a number of things that we hadn't quite fixed yet in this country and they were causing us, still, a lot of pain and despair and whatever," the director added.

The director though stated that the country should focus on the coronavirus and getting Trump out of office for the time being before we fixing the third 'virus'.