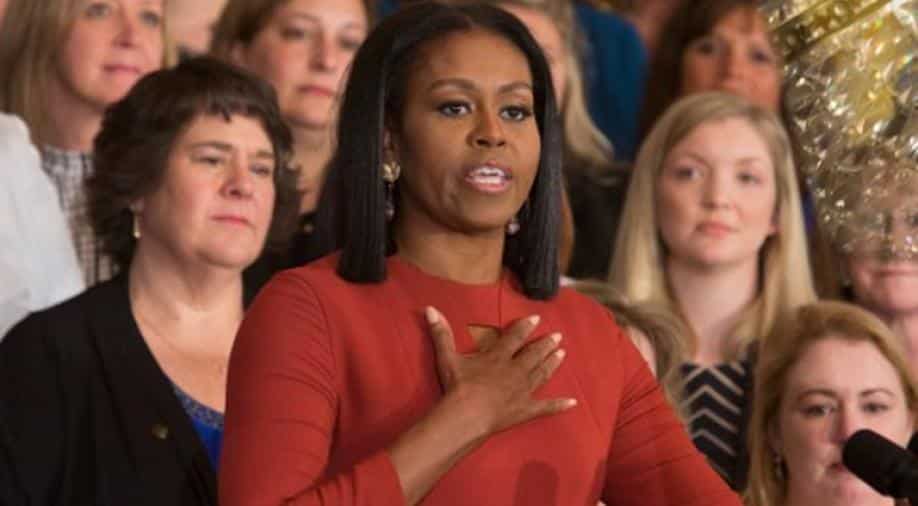 "I`m surprised at how much has changed, but how much has not changed and I think that`s where the fire is coming from," Michelle Obama said.

With #MeToo movement burgeoning into the global platform, former first lady of the USA, Michelle Obama, has launched 'Global Girls Alliance' with an aim to improve education for women and girls in the society.

Voicing her opinion on the #MeToo movement and taking a toll on 'patriarchal society ' where we live in, she says, "That`s what happens with change. Change is not a direct smooth path. There`s going to be bumps and resistance. There has been a status quo in terms of the way women have been treated, what their expectations have been in a society and that is changing and there`s going to be a little upheaval. There`s going to be a little discomfort, but I think it`s up to the women out there to say, `Sorry that you feel uncomfortable, but I`m now paving the way for the next generation.`"

"I`m surprised at how much has changed, but how much has not changed and I think that`s where the fire is coming from," she said.

She also comments that the world has turned ''dangerous'' for 'women' and adds, "Enough is enough. The world is sadly a dangerous place for women and girls and we see that again and again and I think young women are tired of it. They`re tired of being undervalued. They`re tired of being disregarded. They`re tired of their voices not being invested in and heard and it`s not just around the world, that`s happening right here in this country and if we`re going to change that, we have to give them the tools and the skills through education to be able to lift those voices up."

Initially, this week even the current first lady Melania Trump had commented on #MeToo movement and said,"You cannot just say to somebody `Oh I was sexually assaulted, or you did that to me,` because sometimes the media goes too far. The way they portray some stories; it`s not correct, it`s not right.''