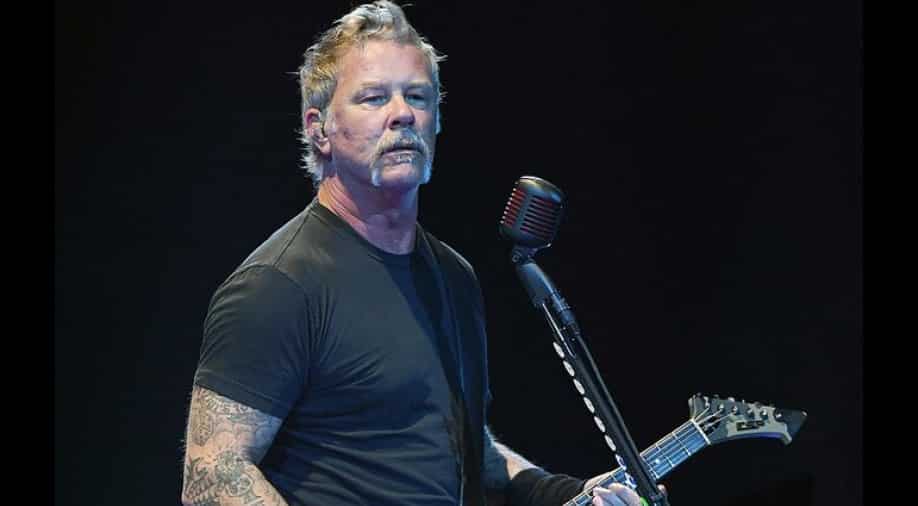 The group announced the news of tour postponement on late Friday owing to the health of frontman James Hetfield who again entered a rehab program.

American heavy metal band 'Metallica' has postponed its upcoming tour in Australia and New Zealand. According to the news agency.

The group announced the news of tour postponement on late Friday owing to the health of frontman James Hetfield who again entered a rehab program.

"As most of you probably know, our brother James has been struggling with addiction on and off for many years," the band wrote in a message.

"He has now, unfortunately, had to re-enter a treatment program to work on his recovery again".

The tour was scheduled to begin in Perth, Australia, on October 17 and conclude on November 2 in Auckland, New Zealand.

Drummer Lars Ulrich, lead guitarist Kirk Hammett, and bassist Robert Trujillo said that the band would reschedule their travel "as soon as health and schedule permit ".

While the nature of the Hetfield's addiction was not revealed, the vocalist has undergone treatment for alcoholism over the years, as detailed in the band`s 2004 documentary 'Some Kind of Monster'.

While the tour was postponed and not cancelled, the group offered to refund all tickets for the affected leg of the tour.