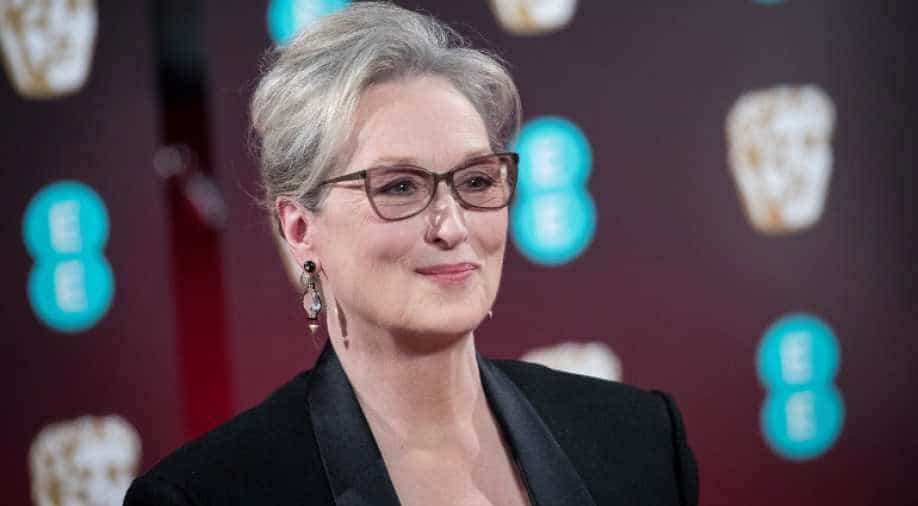 Streep, for her part, issued a scathing denunciation of original claim -- focusing some of her wrath against fashion Bible WWD for reporting it in the first place. Photograph:( Getty )

As Hollywood stalwart Meryl Streep turned 70 on Saturday (June 22), the actress was showered with love and wishes from colleagues and fans across the world.

Streep joined the cast for season two, which began earlier this month, playing Nicole Kidman`s character Celeste`s mother-in-law Mary Louise, who is not a fan of Witherspoon`s character Madeline.

Of course, in real life, it`s nothing but love between the two women."Happy Birthday, Meryl. Sending so much birthday love to this talented creature! What a privilege and an honour to work with you on @biglittlelies," Witherspoon wrote, alongside a beautiful throwback photo of Streep.

Happy Birthday, Meryl! Sending so much birthday love to this talented creature! 🎈 🎂 💫What a privilege and an honor to work with you on @biglittlelies! (Check out my Insta-story if you want to see the cast of BLL share their favorite #merylstreep movies ! )

Witherspoon also posted on her Instagram Story videos of her, Kidman and other co-stars such as Zoe Kravitz (Bonnie) and Adam Scott (Madeline`s husband Ed) wishing Streep a happy birthday and naming their favourite films starring the actor, which included `Kramer vs. Kramer`, `Out of Africa`, `Sophie`s Choice`, `Defending Your Life` and `The Devil Wears Prada`."We love you Meryl!" Witherspoon wrote, alongside a photo of the cast.

Dern, who plays Renata on the show, too posted a throwback picture of Streep and a selfie featuring the two together."This girl became my legend. And I do declare today an international holiday. Muse Day! Here here! Then I actually got to not only meet my hero but work with her. I thank the Gods. #merylstreep," she wrote.

This girl became my legend. And I do declare today an international holiday. Muse Day!  Here here! Then I actually got to not only meet my hero but work with her. I thank the Gods. #merylstreep

Streep`s long-time friend and former Mamma Mia costar Cher also wished her, "MY DARLING MARY LOUISE, HAPPY YOU ARE YEARS AHEAD OF ALL OF US,...YOU ARE A (QUEEN), YOU ARE MY FRIEND," the singer tweeted.

Season one of `Big Little Lies` told a complete story and was based on author Liane Moriarty`s book of the same name.

The first season of the show tells the story of Woodley`s character, a single mother who struggles financially and the trouble she gets into when she moves to a California neighbourhood that is full of wealthy families.

She befriends Kidman and Witherspoon`s characters, who also have kids at the school that Woodley`s son is enrolled at, but from there drama and chaos ensue with other mothers in the area.

The second season is based off a novella by Moriarty who imagined what the characters would be doing after the events of the first season.For the unversed, the events include a fight between Madeline (Reese Witherspoon), Celeste (Nicole Kidman), Renata (Laura Dern), Bonnie (Zoe Kravitz), Jane (Shailene Woodley) and Celeste`s husband Perry (Alexander Skarsgard).

The fight at the school charity function ended with Bonnie pushing Perry, ultimately to his death and now the group of women is dealing with feelings of grief and guilt.