Meghan Markle wanted to be a model at my show: US TV host Wendy Williams 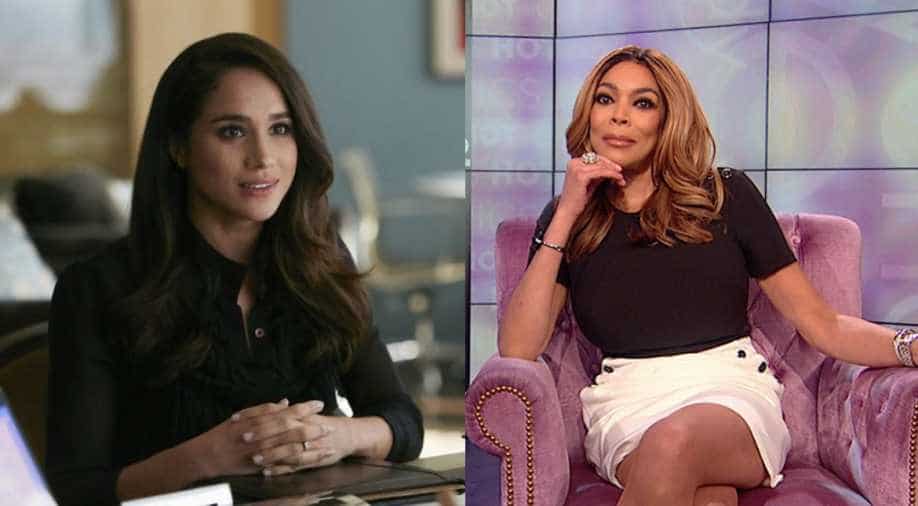 Wendy also revealed that Meghan wanted to work at the show but was unable to get a job.

Not many in the people in the world can claim that they know more things about Duchess of Sussex aka Meghan Markle than what is already out in the public. American TV host Wendy Williams recently made a big revelation about Meghan on the Wednesday episode of ‘The Wendy Williams Show’ in which she claimed that the former actress came to her to be a model at her show once.

"She came here to be on one of our models," Page Six quoted Williams as saying."We do the fashion, things like that. This was before she met the man, the redhead Harry, but Meghan knows `Wendy Show`," she added.

Wendy also revealed that Meghan wanted to work at the show but was unable to get a job. This was before she met with Prince Harry and made marriage plans with him.

Meghan was famous for her role as Rachel on the popular US TV show ‘Suits’. She also worked as a `briefcase girl` on the game show `Deal or No Deal`.

Wendy was also in the news after her son Kevin Hunter Jr.`s assault case was dismissed by the court on Tuesday. After Hunter Jr. pleaded guilty, the prosecutor reviewed the case and decided not to proceed with any charges. He indulged in a physical fight with his father Hunter Sr. after the two got into a verbal quarrel about the latter`s divorce from Wendy.