Meghan Markle to speak about violence against women in South Africa 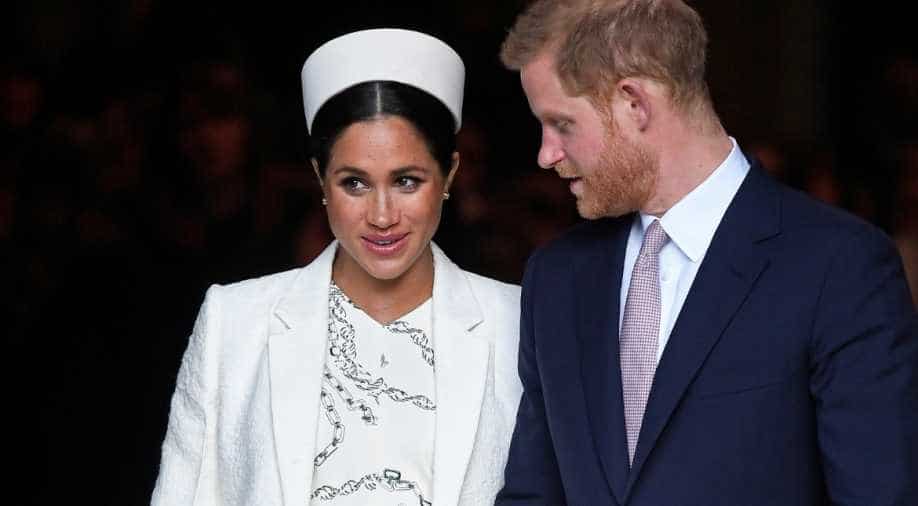 Meghan Markle will touch upon the issue of violence against women after arriving in South Africa on Monday for the royal tour.

The Duchess of Sussex is planning to raise the issue of 'gender violence' within hours of arriving in Cape Town with her husband Prince Harry and their son Archie, reported Fox News.

The couple is all set to visit an impoverished township on the first morning of their 10-day royal tour to Africa. Lately, there have been several reports of women getting killed in South Africa.

A number of national protests were held in the country over the past few weeks following the attacks on women. According to the World Health Organization (WHO), South Africa's rate of women being attacked and murdered is five times the global average.

While the royal family usually avoids getting involved with the politics of countries they are visiting, sources claimed that the Duke and Duchess of Sussex would speak out on the violence.

"It would be strange for them not to address it in the current climate given how much of their official programme, particularly the Duchess's, is about women and women's issues," a source told the Daily Mail, as cited by Fox News.

"But it will, of course, be done respectfully," the source added.

Buckingham Palace had earlier confirmed that 'Harry and Meghan will begin their tour in a township in Cape Town where the royals will view a workshop that teaches children about their rights, self-awareness, and safety and which provides self-defense classes and female empowerment training to young girls in the community".

The palace revealed that the royal couple would fly with Archie to Cape Town on September 23.

And after a number of public appearances together, Meghan is expected to stay in Johannesburg with their five-month-old son while Prince Harry will go to Botswana, Angola, and Malawi.

According to a source, Meghan and Harry's hope to' give fans a glimpse of their son during the tour, but the little one has not been included in the official schedule.

As part of the royal tour, the Duke of Sussex will also meet a British military unit who are working with the local rangers to help combat the threat of the illegal wildlife trade in Malawi.

Prince Harry will also make a 'significant and poignant' trip to Angola to see his beloved late mother Princess Diana's legacy, who helped raise awareness for the threat posed by landmines in 1997.

The palace said that while Harry is eager to 'support young people across Africa to reach their potential', Meghan will also be 'working with organisations to promote women's education, health, entrepreneurship, and leadership'.

The royal couple is also expected to meet Archbishop Desmond Tutu and Mrs. Tutu at their legacy foundation.

The duo will also speak to Grace Machel, the widow of late President Nelson Mandela before the royal tour wraps up on October 2.