Meghan Markle makes her debut visit to the Field of Remembrance 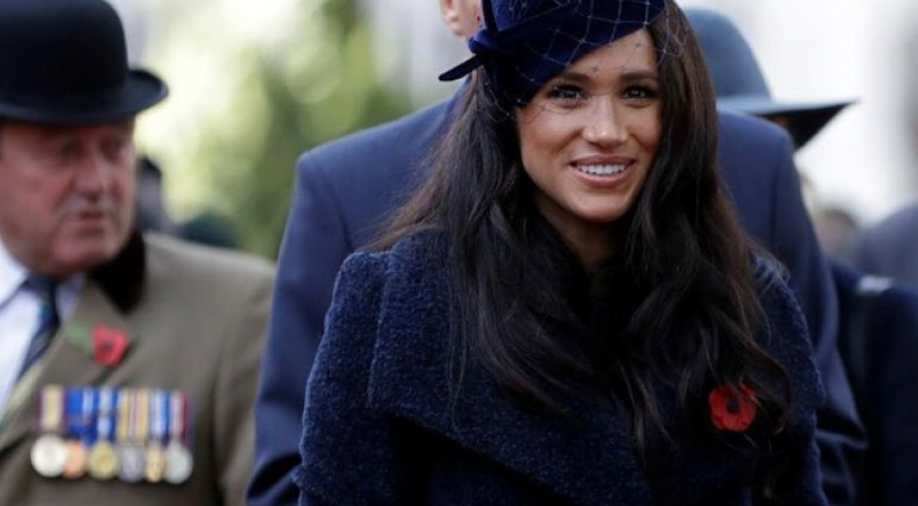 Meghan Markle at the Field of Remembrance Photograph:( Twitter )

The event is about men and women, as well as members of the public, who plant a cross-carrying a personal message in memory of those who have lost their lives in action.

Meghan Markle, accompanied by husband Prince Harry, made her first visit at the Field of Remembrance service on Thursday. The Duke and Duchess of Sussex took part in the annual event that is part of a series of ceremonies leading up to Remembrance Sunday, which will see the entire royal family step out for a poignant ceremony, reported a magazine.

The event is about men and women, as well as members of the public, who plant a cross-carrying a personal message in memory of those who have lost their lives in action.

The Duke and Duchess of Sussex joined hundreds of veterans and their families at the 91st Field of Remembrance at Westminster Abbey, to honour and remember those who lost their lives in service of their country. Their Royal Highnesses each planted a Cross of Remembrance, paying respect to those who have served in our Armed Forces. They were then honoured to spend time meeting with veterans and family members from all areas of the Armed forces - from those who have served in past campaigns to more recent conflicts. This is the seventh time The Duke has attended the Field of Remembrance – having previously accompanied The Duke of Edinburgh for several years. The Duchess of Sussex was grateful to be able to join her husband on this important day and to personally recognise those who have served. #remembrance #lestweforget

Meghan donned a blue wrap coat paired with a matching cap. The royal family proudly wears their pins when they honour armed forces who sacrificed their lives. It is worn on the left to symbolize that those who died are close to your heart.

The royal couple were scheduled to be joined by Camilla, Duchess of Cornwall, but she had to give a miss to the event because of a chest infection.

A spokesperson at Camilla's office at Clarence House said, "The Duchess of Cornwall has been told by her doctor to cancel her engagements owing to a chest infection which has got progressively worse over the last few days".