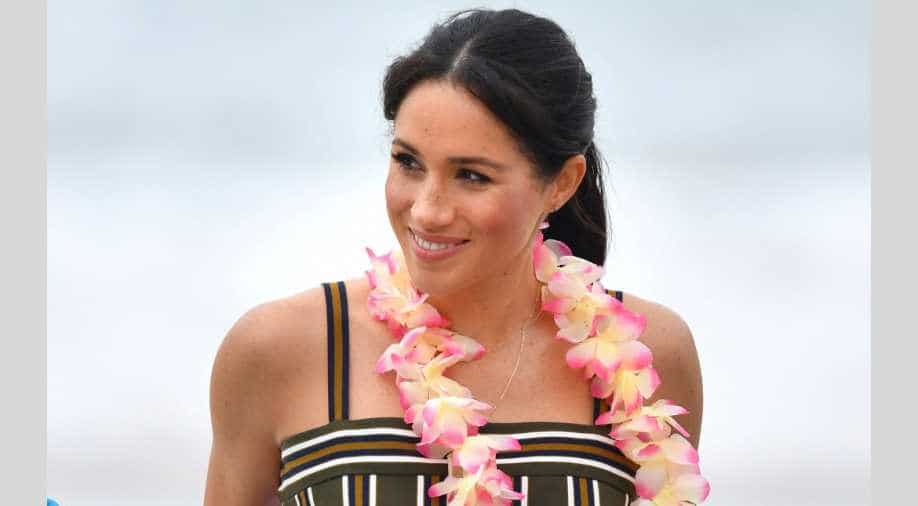 Meghan Markle greeted a fan while leaving the Viaduct Harbour in Auckland that left the fan dumbstruck.

Duchess of Sussex Meghan Markle recently had an emotional reunion with a fan in a rather unusual turn of events.

While leaving the Viaduct Harbour in Auckland, with husband Prince Harry by her side, Meghan spotted a familiar face in the crowd, who was her former Instagram friend Hannah Sergel, reported E! Online.

Prior to Meghan quitting Instagram, the two used to talk on the social media platform. When Meghan spotted the 20-year-old fan, her jaw dropped and she immediately went over to meet the Duchess."Oh my gosh! How are you?" Meghan said as she met Hannah.

The two then shared an emotional hug and a quick exchange before the Duchess of Sussex left.

"It was so amazing! She was so lovely and kind about it all despite being rushed. I'm just so grateful I got the opportunity to meet her face to face and never expected a hug. I'm still on cloud nine, to be honest!" Hannah told the website after meeting Meghan.

During the royal couple's impromptu stroll on the streets, Meghan was given a 'Suits' welcome by a marching band and choir, who performed the show's theme song titled 'Greenback Boobie'.

The two arrived in New Zealand just a few days ago to continue their royal tour, which ends this week. The couple began their tour from Australia two weeks ago, shortly before it was announced that they`re expecting their first child together in 2019.