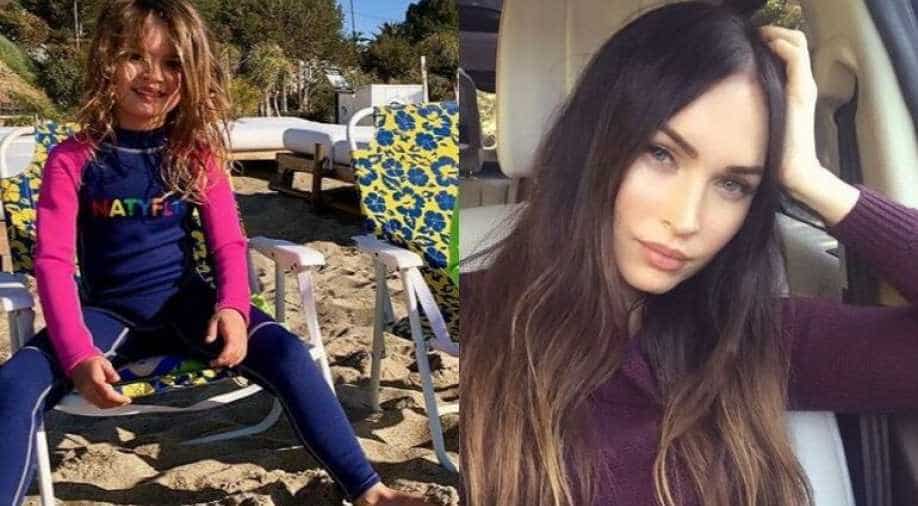 Actor Megan Fox's six-year-old son Noah likes to put on dresses and she is totally fine with it.

The 33-year old also not only encourages but tells him 'to be confident no matter what' as her little boy is 'really into fashion' and goes to school wearing whatever he likes, even dresses! "Sometimes, he'll dress himself and he likes to wear dresses, sometimes," People quoted Fox as saying on The Talk episode on Thursday.

Not only she allows the son to wear whatever he is comfortable in, but Fox also advices him to be confident.

"I send him to a really liberal, hippy school, but even there - here in California -he still has little boys going, 'Boys don't wear dresses' or 'Boys don't wear pink' " she said. "So we're going through that now, where I'm trying to teach him to be confident no matter what anyone else says," Fox continued.

Fox even recalled a day when Noah returned from school and she asked him if boys made fun of him. "How was it? Did any of the friends at school have anything to say?' And he was like, 'Well, all the boys laughed when I came in, but I don't care, I love dresses too much," she detailed.

Seems like Fox's son is so fond of dressing that he even designs and provides her with fashion inputs.

"He designs, he draws outfits. He's very talented. But he's still 6 so, when I do fittings, like, I did one recently and I had this really beautiful yellow dress on, and he kept draping it in a way where he's like, 'If we do it like this, it looks like a diaper!' " 'the Transformers' actor said.