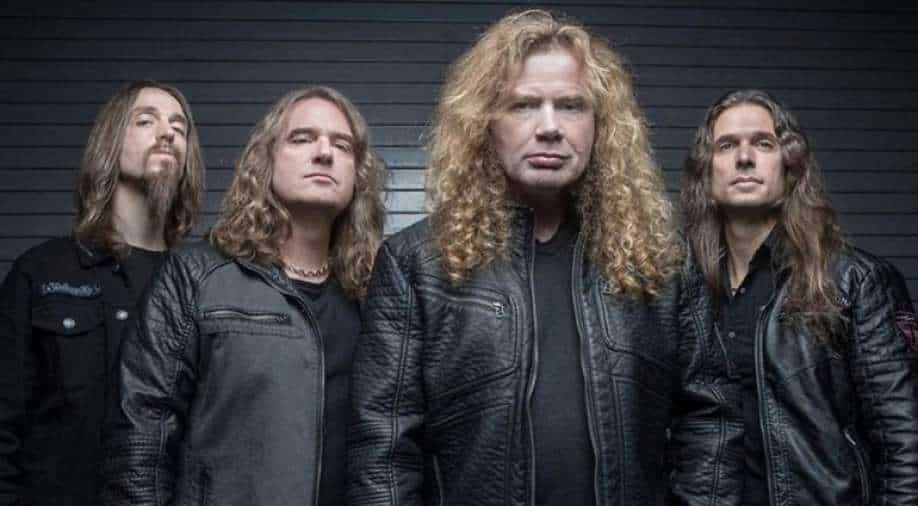 According to Fox News, on Monday the metal group shared a post on their social media profiles that read, "We are aware of the recent statements regarding David Ellefson and are watching developments closely."

The post continued, "As it relates to creativity and business, we are all familiar with one another. However, there are clearly aspects of David`s private life that he has kept to himself. As this situation unfolds, it is important that all voices be heard clearly and respectfully. We look forward to the truth coming to light."

On Monday, Ellefson attempted to clear the air over speculation he was allegedly intimately involved in communications with another woman, who wasn`t his wife after alleged sexually explicit messages and video surfaced online.In his social media post, which has since been made private, Ellefson denied the speculation that he allegedly "groomed" an underage fan, according to People magazine.

Ellefson wrote in the lengthy caption, "As you may or not know, some private and personal conversations and interactions have surfaced online, released with ill intention by a third party who was not authorized to have them or share them. While certainly embarrassing, I want to address it as openly and honestly as possible."

He continued, "As much as it`s not something I`m proud of, these were private, adult interactions that were taken out of context and manipulated to inflict maximum damage to my reputation, my career, and family."

"The other party involved has made a statement which you can see below. I thank her for doing so and hope that this clarifies that the situation was not at all as presented," Ellefson concluded.

Ellefson accompanied his denial with an alleged screenshot of a statement from the woman with whom he was supposedly involved at the time.In it, the woman admitted to recording the alleged intimate communications she had with Ellefson and called herself "naive" for sharing them with a friend without the musician`s permission.

As per Fox News Ellefson has been married to his wife, Julie, for 27 years. The couple shares two children, son Roman, and daughter Athena.