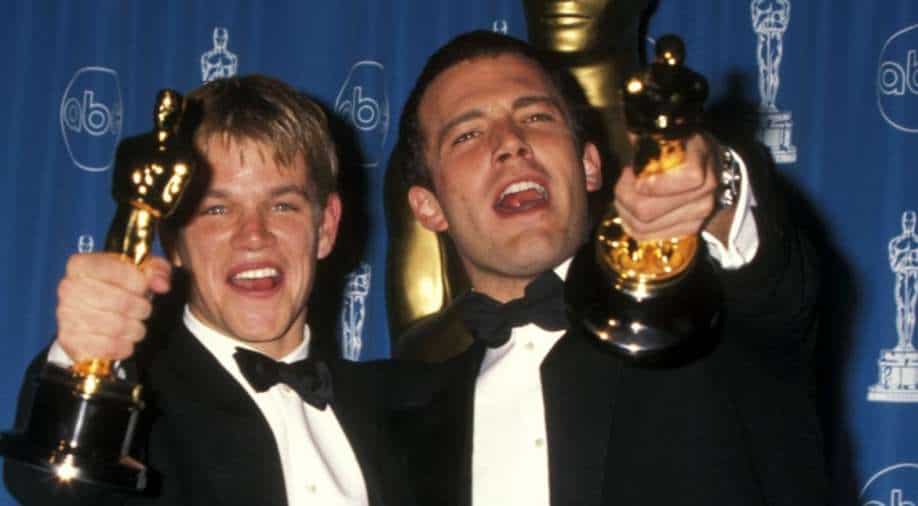 Matt Damon and Ben Affleck after their Oscar win in 1998 Photograph:( Instagram )

Matt Damon and Ben Affleck collaborated for the first time since 1997 for Ridley Scott's new film 'The Last Duel'.

Matt Damon and Ben Affleck were rank newcomers when they won an Oscar for writing the critically acclaimed 'Good Will Hunting' in 1997. The childhood friends subsequently went on to attain stardom as prolific actors and filmmakers. But fans always wondered why the two had not collaborated after their win.

Now, after two decades, Damon and Affleck have once again come together and written 'The Last Duel' a film directed by Ridley Scott. At the film's New York premiere Damon explained why the two had not collaborated for this long.

"It was simply a matter of planning," Damon explained. .Damond said he and Affleck "assumed (writing) would be so time-consuming that we'd never be able to do it."

'The Talented Ripley' actor explained that between his family and Affleck's they thought they'd "never find the time" to write another script like 'Good Will Hunting'. But they realised, "If we just work during hours that we could easily carve out, we could get a lot done."

It turned out the project wasn't as difficult as they anticipated, as Damon shared, "We wrote it faster than we thought we would."

Affleck added that he feels fortunate to have Damon not just as a collaborator, but as a friend, too."I grew up with this guy, I've known him forever. We're from the same world and place, and stayed close and I often think about people who come into this business and there are some challenges that get thrown at you," Affleck explained.
"You're lucky if you get to do the job you love and luckier if it's with people that you love," he reflected.

Damon's support for Affleck extends to his friend`s love life as well. The 'Jason Bourne' actor remarked that he's "happy" Affleck has found love with Jennifer Lopez and said, "I'm happy for them... We all deserve love, why not them?"