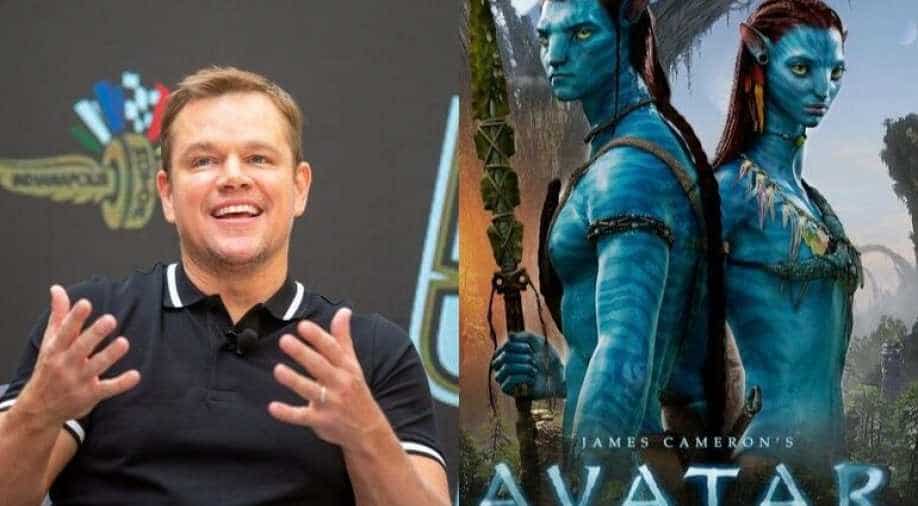 The epic science drama that takes viewers to the alien world of Pandora, minted USD 2.79 billion at the box office and held the top spot for the highest grossing film ever.

American actor Matt Damon recently revealed that filmmaker James Cameron offered him the lead role in the 2009 hit film 'Avatar', and his life could have been very different if he had said yes to the offer.

The 48-year-old actor, who has been pretty successful even without the role, shared that the acclaimed filmmaker offered him 10 percent of the film's profits, reported a magazine.

In a new interview with British GQ, as cited by a magazine, the 'Jason Bourne' star revealed that he wasn't just offered the lead role, but was also extended ten percent of the film's profits if he accepted the part.

"Jim Cameron offered me Avatar," Damon told the magazine". And when he offered it to me, he goes, 'Now, listen. I don't need anybody. I don't need a name for this, a named actor.

If you don't take this, I'm going to find an unknown actor and give it to him, because the movie doesn't really need you. But if you take part, I'll give you ten percent'," he added.

The epic science drama that takes viewers to the alien world of Pandora, minted USD 2.79 billion at the box office. This means that Damon could have walked away with over USD 250 million had he starred in the sci-fi movie.

Except that, right now, we would be having this conversation in space'," Damon said."So, yeah. I've left more money on the table than any actor actually," the 48-year-old star said.

Despite that, Damon doesn't regret the whopping missed paycheck opportunity as much as he repents passing on the chance to work with Cameron.

"I mean, the bigger thing still to this day, my bigger regret is Cameron said to me in the course of that conversation, 'Well, you know, I've only made six movies'. I didn't realize that" the actor said.

"He works so infrequently, but his movies, you know all of them. So it feels like he's made more than he has. I realized in having to say no that I was probably passing on the chance to ever work with him," Damon added.

"So that sucked and that's still brutal," he said, jokingly adding, "but my kids are all eating. I'm doing OK".

The film went on to star Australian actor Sam Worthington as the lead character Jake Sully. He will be revisiting his role in the upcoming sequel  'Avatar 2', which is slated to release on December 17, 2021.

'Avatar' held the top spot for the highest-grossing film ever but in 2019 it was finally dethroned by 'Avengers: Endgame'. Damon's new film 'Ford v Ferrari', co-starring Christian Bale, hits the big screens on November 15.