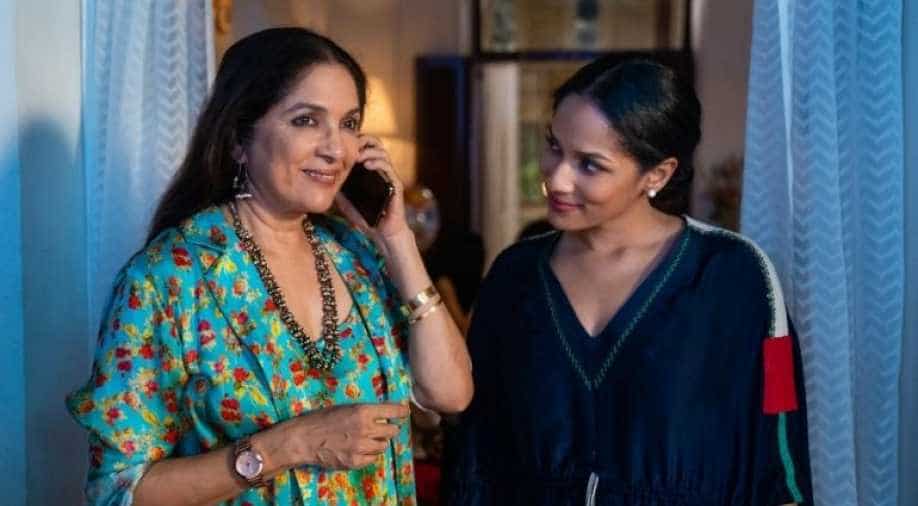 Neena Gupta and Masaba Gupta in a still from the show. Image via Netflix Photograph:( Others )

'Masaba Masaba' manages to take viewers inside the glamour world and show aspects of celebrity lives that are often hidden behind the practiced, picture-perfect smiles.

It's difficult to separate real from fiction in a show like 'Masaba Masaba'. The Netflix original is set to premiere on August 28 globally and narrates a slightly fictional account of fashion designer Masaba Gupta and her mother, veteran actress Neena Gupta's life.

A lot has been written about this talented mother-daughter duo. A lot is known, so for creator Sonam Nair who also has written the show, it may have been difficult to adapt the known incidents into a series and make it engaging to watch. And the first two episodes of the series does not disappoint one bit. 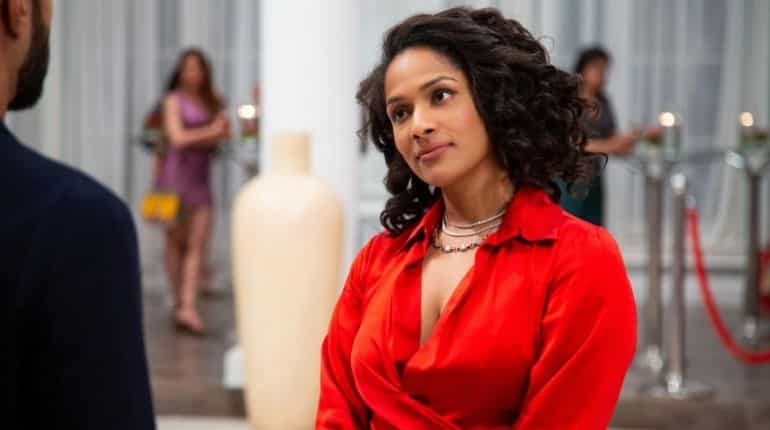 The first episode talks of blind items and their impact on people in the glamour world. The episode has actor Satyadeep Mishra playing Masaba's singer husband Vinay and talks of the couple's impending separation. In reality, Masaba and producer Madhu Mantena's divorce had dominated the gossip columns for months before the two announced their separation.

The second episode takes on Neena Gupta's now-famous Instagram post that she had shared a few years back seeking for work in the film industry. It shows the veteran actress and her vulnerable side as an artist who is still excited to get calls from Bollywood bigwigs in the hope of getting film offers. In many of her interviews, Neena Gupta has revealed that she has had her fare share of struggle in getting good work despite having delivered some memorable roles.

'Masaba Masaba' manages to take viewers inside the glamour world and show aspects of celebrity lives that are often hidden behind the practiced, picture-perfect smiles. We get to see the glamour, the fame and put celebrities on a pedestal often forgetting that they are humans with similar problems and insecurities.

The series pits the two dynamic Gupta women against each other. The two episodes highlight the beautiful bond of the mother and the daughter which is relatable. They fight, argue and love and care like any of us. A blind item about her daughter's separation perturbs Neena Gupta to a great extent and she reacts just like any other Indian parent would to their child's divorce, notwithstanding the fact that divorces and separations are common in the industry the two are a part of.

The star of the series of course is Neena Gupta, who exudes warmth and provides the laughs in equal measures. It is also refreshing to see Masaba Gupta acting. She has screen presence and is quite a natural in the scenes that demand her to be unintentionally funny. Together the two light up the screen and you want to know more about their lives, their struggles. 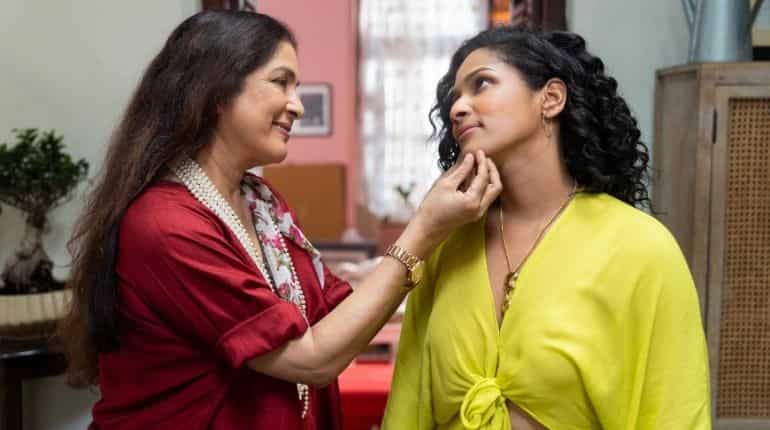 In the supporting cast, actress Rytasha Rathore as Masaba's BFF is crackling. The scenes between the two friends are quite enjoyable to watch. There's also Neil Bhoopalam in a key role and he never disappoints. Farah Khan, Kiara Advani and Shibani Dandekar make cameos in the first two episodes and perhaps there will be more celebrity cameos in the coming episodes as well.

While in some protion, the narrative seems to slip a bit- but the overall pace of the series is nice and breezy. It steers away from emotional drama but it still manages to drive home relevant points without being superflous. Subtle in its context yet entertaining because of its leading women- thats how an ideal new age web series should be. And 'Masaba Masaba' has ticked all the right boxes so far.

'Masaba Masaba' has 6 epsiodes and premiers on Netflix on August 28.