Marvel all set to relaunch 'Iron Man', 'Thor', 'Guardians of the Galaxy' 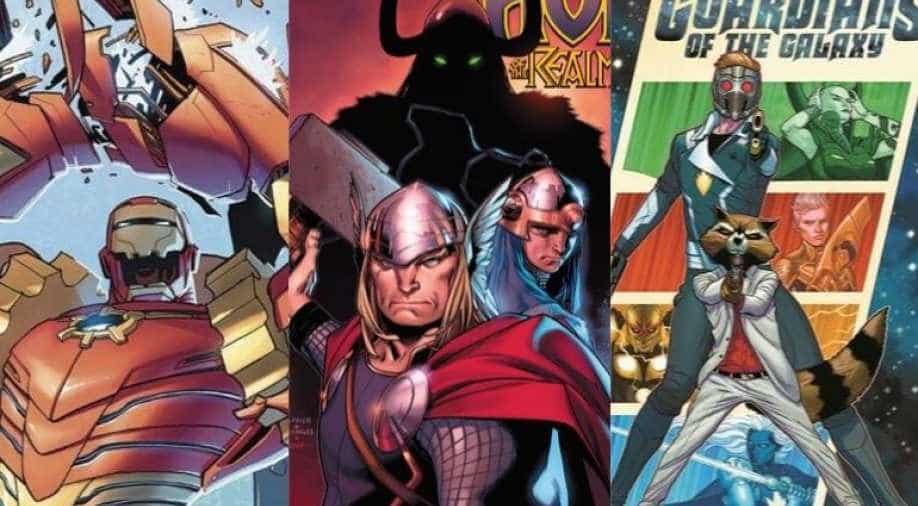 The company announced relaunches for the comic book adventures of some of the most iconic characters including Thor, Iron Man and the Guardians of the Galaxy.

The year 2020 is going to be full of surprises for the Marvel fans! Three new comic book series was unveiled at New York Comic-Con recently.

The company announced relaunches for the comic book adventures of some of the most iconic characters including Thor, Iron Man and the Guardians of the Galaxy during its 'Marvel Comics: Next Big Thing' panel at New York Comic-Con recently, reported The Hollywood Reporter.

Cate's new duty for 'Thor' means that he'll be stepping down from his current post as 'Guardians of the Galaxy' writer, leading to a relaunch of that title as well.

Writer of the acclaimed  'Immortal Hulk', Al Ewing, will take up the reins alongside Friendly Neighbourhood 'Spider-Man' artist Juan Cabal, as the Guardians have to return from retirement to keep the galaxy safe from a threat: the Gods of Olympus, reborn with a new mission to bring war to the cosmos.

While both Thor and the Guardians are receiving new series with new creative teams and new storylines, 'Iron Man's' new series is something altogether different: Iron Man 2020 sees Dan Stott and Christos Gage continue as writers of the character from their ''Tony Stark: Iron Man' series, and continue the long-running storyline of an artificial intelligence rebellion, but two things are all-new, instead.

Firstly, Pete Woods (DC's Red Hood) in onboard for the project as an artist, and secondly, there's a new character under the helmet: Arno Stark, Tony's adoptive brother.