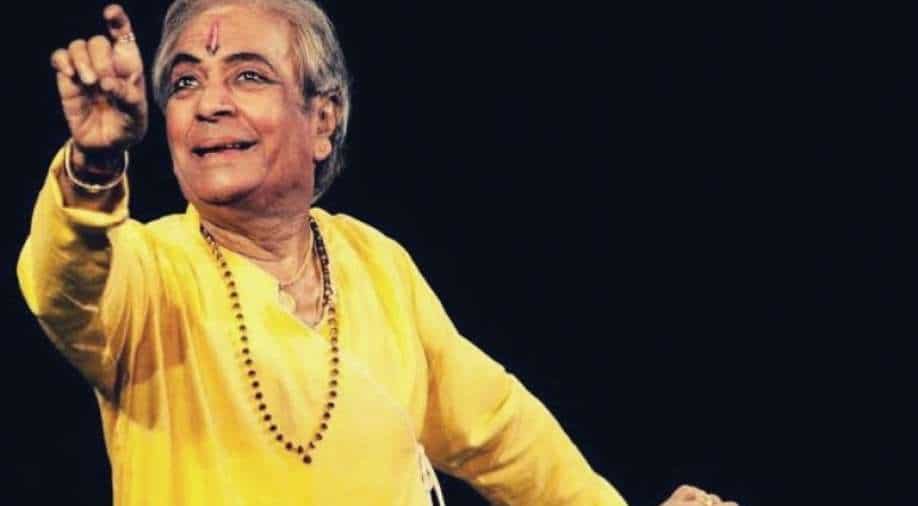 Manoj Bajpayee feels the classical arts in India are a dying culture and feels Pandit Birju Maharaj’s legacy is threatened with erasure.

It is a tragic day for actor Manoj Bajpai as one of his most favourite artistes passed away.

“I’ve been shooting the entire day. I got to know of  Pandit Birju Maharaj’s death on the set. I have not had an opportunity to let myself feel the full impact of the tragedy. Now when I’ve packed up I wonder… who will carry his legacy forward? In my humble opinion, there is no other Kathak dancer close to  Panditji’s stature to carry his legacy forward. This was not the case when we lost a  national treasure like Pandit Ravi Shankar. There were some notable disciples of his  to carry forward Pandit Ravi Shankar’s legacy.”

Manoj feels Pandit Birju Maharaj’s legacy is threatened with erasure. “You know,  to match his passion for his craft is impossible. I don’t know of any  Kathak dancer who can equal his passion for the dance form. I have known Panditji closely. And I love Kathak; several Kathak dancers are my friends. When I was at the  National School Of Drama in Delhi, the Kathak institute was very close to our building. I  would  often see the dancers on their way in and way out.”

Manoj knew Panditji first-hand. “We have met on several occasions and when he was in Mumbai on a visit he would call me. To meet him,  know him, touch his spirit and passion were very inspiring for me. I don’t know if I can ever equal his passion for my craft. I know I’m fully devoted to my acting. That is why I’ve survived in the business for so long. You have to be fully honest to your calling.  Neither Panditji nor I  came into our craft for money or other extraneous consideration. We were in it because we love what we do. And it shows in our performance. Not that I am comparing myself to him. He was a class apart. A masterclass in discipline dedication and passion. Also very inspiring for  his  humility and passion.”

Manoj feels the classical arts in India are a dying culture. “Where are the patrons of the arts? And without the patrons how can artistes flourish? Panditji’s death signals a wider tragedy. Of losing our cultural heritage.After Ustad Bismillah Khan where were the Shehnai players of stature? After  Pandit Birju Maharaj I see a  similar vacuum. In playback singing, Lataji is the ultimate among greats. And I am  frightened.”