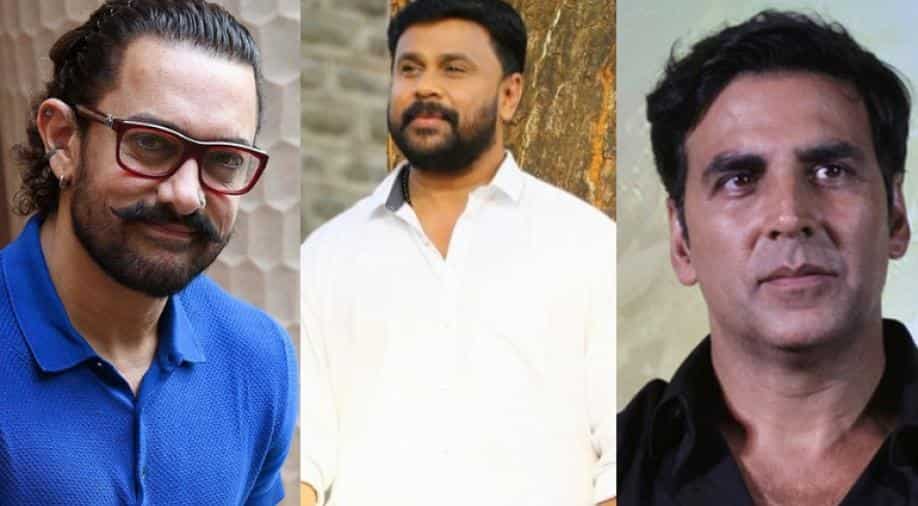 In a bid to save actor Dileep, AMMA secretary Siddiqui slammed Akshay Kumar and Aamir Khan for leaving projects in the wake of #MeToo movement.

While Bollywood is trying to take cohesive steps at providing a safer environment for women to work in, the Association of Malayalam Movie Artists (AMMA) has been shielding actor Dileep who has been accused of planning the abduction and molestation of a Malayalam actress.  The incident took place in February 2017.

At a meeting held on Saturday by the women's body Women in Cinema Collective (WCC), a few members had pointed out recent cases and examples to show how other film industries are reacting to sexual harassment allegations against one of their own. They pointed out that AMMA continues to defend Dilip despite growing protests among actresses in the Malayalam film industry. To this, AMMA secretary Siddiqui stated that exclusion of Dileep from AMMA was not a solution untill he was proven guilty. He stated that one shouldn't deny a person his profession based on mere accusations, reports a website.

“They wanted Dileep banned from movies. Who has the rights to deny a person his profession based on allegations?” asked Siddiqui as he addressed the press at a conference held on Monday by AMMA.

Actress Rima Kalingal, a member of WCC, pointed the striking difference in the way other film bodies and AMMA were reacting towards cases of sexual harassment while director Anjali Menon cited CINTAA's action in the Alok Nath-Vinta Nanda row.

Both Akshay Kumar and Aamir Khan have refused to work with Sajid Khan and Subhash Kapoor- both accused of sexual assault and harassment by actresses.

"Let’s say, on the other hand, if Akshay Kumar and Aamir Khan were accused of sexual harassment, do you think they would have walked out of the said projects?” Siddiqui reasoned. Also read: Won't return to AMMA till name gets cleared, says Dileep after top Malayalam actresses complain

Incidentally, the survivor of sexual assault in the February 2017 case, in her resignation letter to AMMA had stated that Dileep had blocked a lot of work opportunities that came to her. “When I complained to AMMA, no serious measures were taken then,” stated the survivor, adding, “When I recently had a bad experience, the organisation, of which I am also a part of, went on to protect him,” she had said.