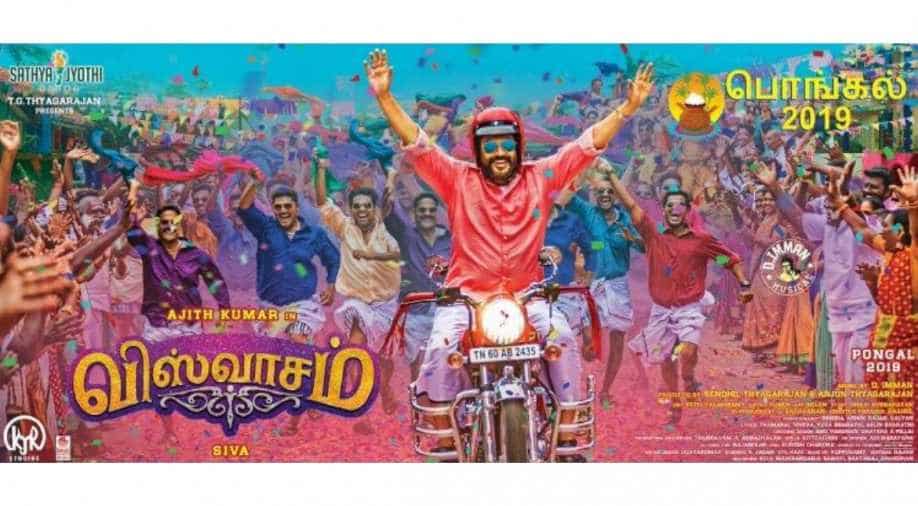 Ready to hit the screens in Pongal 2019, makers came out with the second look of the film, a couple of months after the first was released.

As is visible, the second look poster has a festive vibe to it, in contrast to the first that had Ajith in dual avatars -- in salt and pepper hair and fully dyed black. In both, he was seen twirling his moustache.

The second look has Ajith riding a bullet as the villagers surrounding him, cheer him on.

Ajith and Siva have come together for this film after doing films like Veeram, Vedhalam and Vivegam.

The film has D Imman as music composer and also features Yogi Babu, Vivek, Kovai Sarla and Thambi Ramaiah, among others, in important roles.

Produced by Senthil and Arun Thyagarajan, DOP is being taken care of by Vetri Palaniswamy. The film’s editing is done by Ruben.