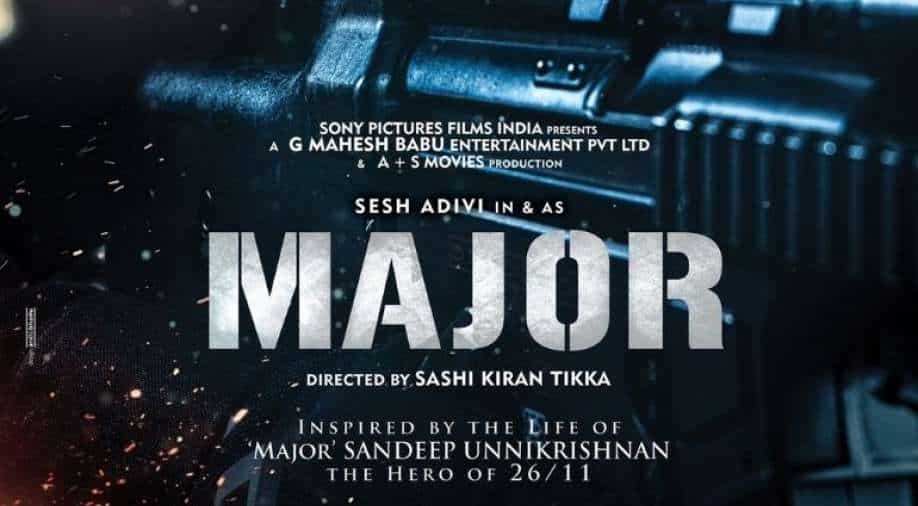 The much-talked-about biographical film `Major` featuring Adivi Sesh is based on the life of the 2008 Mumbai attacks martyr in an edge-of-the-seat adventure flick.

Paying homage to Major Sandeep Unnikrishnan, the makers of the biographical war drama have mounted the film on a huge canvas to offer insights into the varied dimensions of his life, including his childhood, teenage as well as glorious years in the army.

The nearly three-minute-long trailer opens with a background voice of Adivi Sesh who is heard narrating the meaning of being a soldier. The impactful teaser also brings to life the spirit of the soldier who strives to protect every person whose heart beats for the nation.

From powerful background music that complements the pace of the video to some intense performances, the teaser features it all and it`s safe to say that movie buffs are in for a visual treat.

Shot across grand sets to gauge the authenticity of Sandeep Unnikrishnan`s varied phases through life over 110 days, `Major` is a multi-lingual drama filmed in Hindi and Telugu simultaneously, which would be further dubbed in Malayalam.

With remarkable performances by Saiee Manjrekar, Sobhita Dhulipala, Prakash Raj, and Revathi and Murli Sharma amongst others, the teaser builds the world of Sandeep Unnikrishnan and his personal relationships with the people around him.`Major` not only depicts the death of Sandeep Unnikrishnan but embraces the spirit with which he lived, according to makers.

Helmed by Sashi Kiran Tikka, the film stars Adivi Sesh, Saiee Manjrekar, Sobhita Dhulipala in leading roles. It is produced by Sony Pictures Films India in association with Mahesh Babu`s GMB Entertainment and A+S movies. The movie will hit the theatres on July 2, 2021.