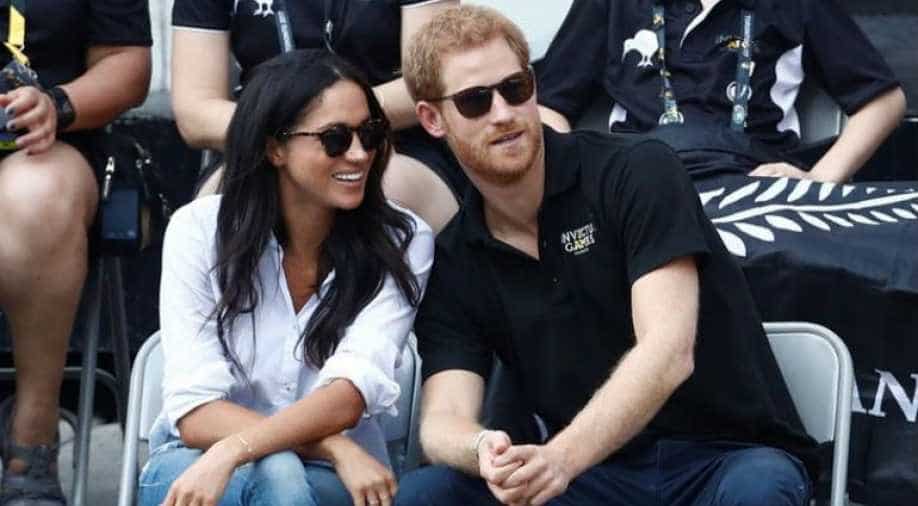 Prince Harry is taking a stand for his wife Meghan Markle against the media. According to E-News, the Duke of Sussex issued a statement over British media`s "ruthless" campaign against Markle. Also, there are speculations that the royals are taking legal action over releasing a private letter penned by Duchess of Sussex.

"As a couple, we believe in media freedom and objective, truthful reporting. We regard it as a cornerstone of democracy and in the current state of the world - on every level - we have never needed responsible media more," read the statement by the Duke of Sussex."Unfortunately, my wife has become one of the latest victims of a British tabloid press that wages campaigns against individuals with no thought to the consequences - a ruthless campaign that has escalated over the past year, throughout her pregnancy and while raising our newborn son."

"There is a human cost to this relentless propaganda, specifically when it is knowingly false and malicious, and though we have continued to put on a brave face - as so many of you can relate to - I cannot begin to describe how painful it has been. Because in today`s digital age, press fabrications are repurposed as truth across the globe. One day`s coverage is no longer tomorrow`s chip-paper," the Duke of Sussex`s statement continued.

"Up to now, we have been unable to correct the continual misrepresentations - something that these select media outlets have been aware of and have therefore exploited on a daily and sometimes hourly basis."

"It is for this reason we are taking legal action, a process that has been many months in the making. The positive coverage of the past week from these same publications exposes the double standards of this specific press pack that has vilified her almost daily for the past nine months; they have been able to create lie after lie at her expense simply because she has not been visible while on maternity leave. She is the same woman she was a year ago on our wedding day, just as she is the same woman you`ve seen on this Africa tour," continued the statement.

"For these select media, this is a game and one that we have been unwilling to play from the start. I have been a silent witness to her private suffering for too long. To stand back and do nothing would be contrary to everything we believe in," Harry stated."This particular legal action hinges on one incident in a long and disturbing pattern of behaviour by British tabloid media. The contents of a private letter were published unlawfully in an intentionally destructive manner to manipulate you, the reader, and further the divisive agenda of the media group in question. In addition to their unlawful publication of this private document, they purposely misled you by strategically omitting select paragraphs, specific sentences, and even singular words to mask the lies they had perpetuated for over a year."

"There comes a point when the only thing to do is to stand up to this behaviour because it destroys people and destroys lives. Put simply, it is bullying, which scares and silences people. We all know this isn`t acceptable, at any level. We won`t and can`t believe in a world where there is no accountability for this," Harry noted.

"Through this action may not be the safe one, it is the right one. Because my deepest fear is history repeating itself" he said. Harry then gave the example of the death of his mother, Princess Diana and stated, "I`ve seen what happens when someone I love is commoditised to the point that they are no longer treated or seen as a real person. I lost my mother and now I watch my wife falling victim to the same powerful forces."

The Duke of Sussex`s statement concluded, "We thank you, the public, for your continued support. It is hugely appreciated. Although it may not seem like it, we really need it."

"We have initiated legal proceedings against the Mail on Sunday, and its parent company Associated Newspapers, over the intrusive and unlawful publication of a private letter written by the Duchess of Sussex, which is part of a campaign by this media group to publish false and deliberately derogatory stories about her, as well as her husband. Given the refusal of Associated Newspapers to resolve this issue satisfactorily, we have issued proceedings to redress this breach of privacy, infringement of copyright and the aforementioned media agenda," said the legal representative of the Duchess of Sussex from Schillings.

Akshay Kumar to play cop in his next thriller 'Cuttputlli', movie to release on Disney+Hotstar