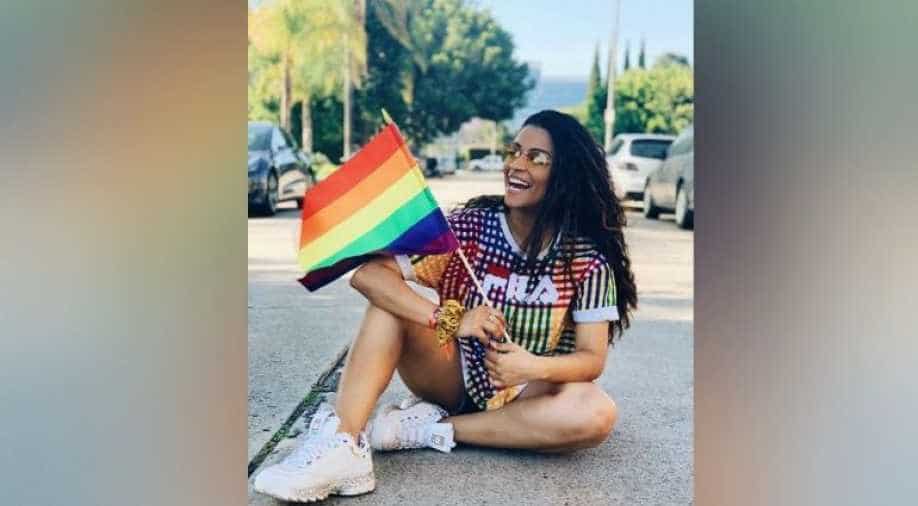 Canadian YouTuber and talk show host Lilly Singh will be starring in a new animated musical short film that is going to centre around the theme of LGBTQ pride.

The film `Lilly Singh`s Proud Princess` will be part of digital kid`s content studio Pocket. watch`s expansive 2021 slate. According to Variety, in the film the host of NBC`s `A Little Late with Lilly Singh` will voice a young girl discovering pride in her true identity.

The film is currently in the pre-production stage.Pocket.watch`s chief content officer Albie Hecht said, "She`s an amazing talent and represents an example of the diverse points of view we are bringing to our audience."

He further added that the film "will speak to LGBTQ identity issues for kids. Lilly will be an eloquent and articulate spokesperson for that."Lilly, who rose to fame on YouTube, announced two years ago on social media that she is bisexual, female, and "coloured."

"Throughout my life, these have proven to be obstacles from time to time. But now I`m fully embracing them as my superpowers," she wrote at the time, referencing her original `Superwoman` online handle.

As per Variety, Pocketwatch has not set a premiere date or distribution for `Lilly Singh`s Proud Princess`. Hecht said that the company will release additional details, including who will be writing the music for the film, later in the year.