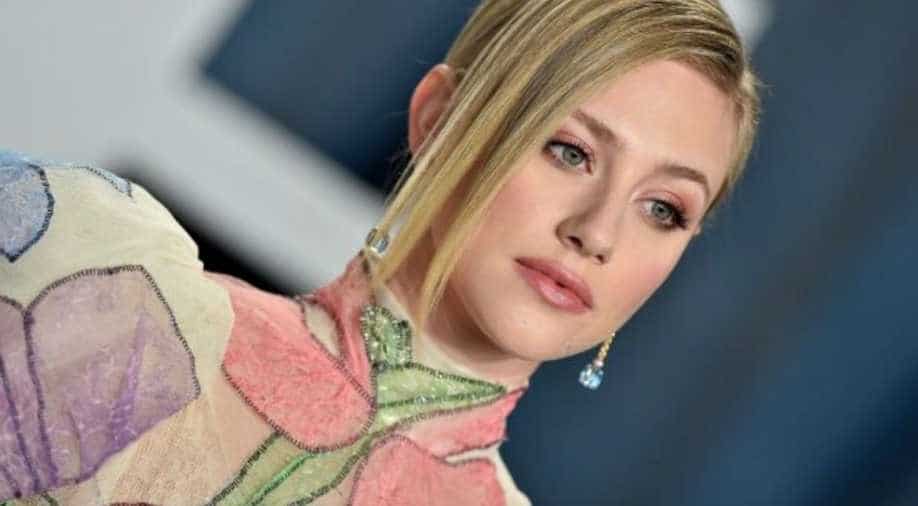 Brad and Jennifer, who were married from 2000 to 2005, reunited for 'Dane Cook Presents Feelin' A-Live: A Virtual Table Read Of Fast Times at Ridgemont High.

After Hollywood stars Brad Pitt and Jennifer Aniston reunited for a virtual event, American actor Lili Reinhart came up with an "unpopular tweet" suggesting that people leave the two alone and not talk about their old relationship.

The 'Riverdale' star shared her thoughts on Twitter on Friday (local time) saying, "Unpopular opinion: can we just leave Jennifer and Brad alone? Stop analyzing their every move and facial expression whenever they`re involved in something together." She concluded, "Let them live their lives in peace."

Unpopular opinion: can we just leave Jennifer and Brad alone? Stop analyzing their every move and facial expression whenever they’re involved in something together. Let them live their lives in peace.

According to the news agency, Brad and Jennifer--who were married from 2000 to 2005--reunited for 'Dane Cook Presents Feelin' A-Live: A Virtual Table Read Of Fast Times at Ridgemont High on Thursday.

The acting thespians laughed when the 51-year-old star Jennifer and Brad performed the sexy pool scene, prompting Aniston to read aloud, "Hi, Brad. You know how cute I always thought you were. I think you`re so sexy. Will you come to me?"Jennifer and Brad reunited earlier this year at the 2020 SAG Awards and even shared a quick hug.

The 'Murder Mystery' star told Extra at the time, "We`ve all grown up together. We really have and it just feels like a really fun night to celebrate and cheer each other on and keep working."As E!News reported, Lili recently split from her boyfriend and co-star Cole Sprouse after almost four years of dating. Cole announced, "Lili and I initially separated in January of this year, deciding to more permanently split in March."

As reported by the news agency, although Lili won't be obsessing over the exes, Aniston and Pitt are set to virtually reunite again for the Emmys on Sunday (local time). Brad is up for Outstanding Guest Actor in a Comedy Series for playing Dr Anthony Fauci on NBC's 'Saturday Night Live', and Jen is nominated for Outstanding Lead Actress in a Drama Series for Apple's 'The Morning Show'.

Jamie Foxx mourns death of sister: My heart is shattered into a million pieces